Barroso was the designated mandatory after Crolla KO’d Darleys Perez in November and is a worthy challenger. But there are other challengers on the horizon, one of whom, undefeated WBO World lightweight champion Terry Flanagan (30-0, 12 KOs), who also hails from Manchester, would like nothing better than to get it on with his local rival.

Flanagan’s promoter, Frank Warren, in a move that defines the business of boxing in a nutshell, offered Crolla £500,000 (over $700,000) to give up the WBA belt and fight Flanagan instead.

Money talks, but Crolla had some words of his own regarding Warren’s offer.

“With greatest respect, Frank is a great promoter,” he said, according to the Daily Star. “He’s put on many fantastic shows, but he knows I’d be a fool to give up my world title.

“This represents what I am. Also the support I’ve had on this journey, the way this city has got behind me, it would not be right to give up my title for a big payday.”

Not everyone thinks and behaves as Crolla does. When the big money comes calling, most people answer in the affirmative, whatever the consequences.

But not Anthony Crolla.

“I’d feel morally wrong as a man to avoid a challenge for a belt I’ve worked so hard for to get a bit of a nicer payday. I’d be a fraud when you look at everything I’ve said over the last few years and the support I’ve had to just go and give up my title like that.”

Crolla added, “I like Terry. We both want the fight, but it’s not straightforward. Hopefully we can meet later this year and meet for a lot of money and put on a great night for Manchester and we’ll both be financially secure after that.”

“First and foremost, the only fight I’m looking at is Ismael Barroso. I’d be a fool to look past him. I’ve got to make sure I come through this and then Terry would be top of my list.” 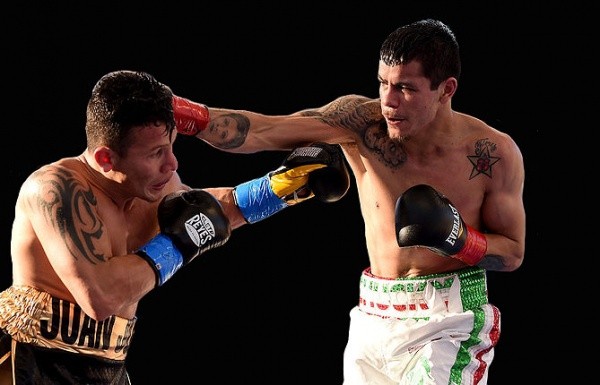