The World Boxing Association has a queen at 102 lbs. who continues to demonstrate her power. On Friday night, Brenda Montserrat Alarcon made another successful defense of her belt against her Mexican compatriot Brenda Balderas.

The actions kept the audience on their feet from the first round of punches that began with little study of the first round. The challenger, Balderas, had already said to the press, in the days before the fight, that beyond the result, the world would know who she was. The 27-year-old Balderas left everything in the ring, although she could not overcome the experience of the black and gold world champion.

Montserrat came to this clash with a victory of a lot of exchange of blows against Silvia Torres, so standing up again to “take and give me” was not a problem for her. On the contrary, she knew how to dominate an opponent who was ready with nothing to lose and challenged Montserrat to be in a constant state of alert by showing off her counterpunching.

Montserrat improved her record to 18 wins, with a good undefeated streak since 2018, 4 losses and 2 draws. At 28 years old, the owner of the minimum absolute title, hopes to continue with the challenges and on the winning path.

"Canelo" is WBA Boxer of the Month 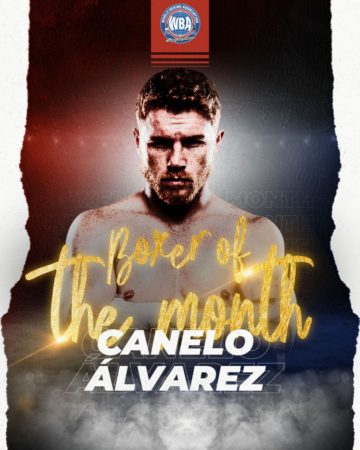