The pause in boxing due to the Covid-19 pandemic has been long. However, the sport has now returned gradually and responsibly after about three months of inactivity. The first world championship fight will be held tonight featuring Andrew Moloney, and it will be sanctioned by the WBA.

The Australian boxer is the Super Flyweight champion and will face American Joshua Franco at the MGM Grand in Las Vegas during the Top Rank event. Although there have already been a number of boxing events in different parts of the world, having the first champion in action means a lot to the sport and, of course, to Moloney himself.

Moloney will face several challenges in this bout. It will be his first defense of the title he won last November by defeating Elton Dharry and, also, his first appearance in the U.S. market.

The 29-year-old boxer knows that he has a lot at stake, so he is not willing to waste this opportunity.

“I worked very hard and was very disciplined throughout the lockdown. Tonight I have the opportunity to show the world why I’m a world champion”, Moloney said after completing the weigh-in ceremony on Monday afternoon.

Moloney will step in the ring as the defending champion in a fight that could mark the beginning of a new era. He will fight a motivated Joshua Franco, which means it will be an action-packed fight worthy of having the belt at stake.

Gilberto Jesús Mendoza about the WBA 99th Convention: "We want fans to feel boxing from our viewpoint" 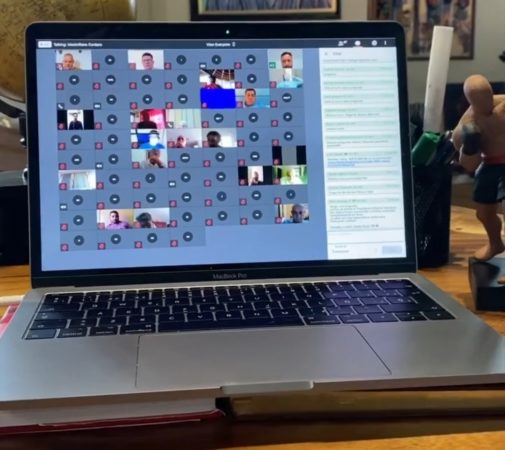