Kevin Mitchell and Ismael Barroso will face off over a scheduled 12 rounds at the O2 Arena in London on Saturday, December 12. At stake, the interim WBA World lightweight title.

Thirty-one-year-old Mitchell, who fights out of Dagenham, Essex, England, is a 12-year pro (39-3, 29 KOs) who most recently fought in May, losing by 10th-round TKO to Jorge Linares, his first loss since September 2012, when Ricky Burns stopped him by fourth-round TKO. His third loss came in May 2010, stopped by Michael Katsidis via third-round TKO. Tenth-ranked by the WBA, “Mighty” most recently won in January, stopping Daniel Estrada by eighth-round TKO.

Fighting out of El Tigre, Venezuela, 32-year-old Barroso is a 10-year ring vet (18-0-2, 17 KOs) who last fought in April, knocking out Ira Terry in the first. Second-ranked by the WBA, Barroso has won both the vacant WBA Fedebol and interim WBA Fedelatin lightweight titles, as well as the WBA-NABA lightweight title. An undefeated power-puncher, only one of the Venezuelan’s opponents has gone the distance,  Abraham Gomez, who lost by unanimous decision in December 2011.

“This is a massive fight for me,” says Mitchell. “Barroso is a strong southpaw with power in both hands, but I am confident that I can smother that threat, impose my skills on him and get the win on another great night at The O2.”

The winner is slated to face Anthony Crolla, who won the WBA World lightweight title this past Saturday, the 21st, by knocking out Darleys Perez in the fifth.

“We’ll serve up a massive fight in the spring,” says Mitchell.

Maybe so, but first things first—getting past Barroso. 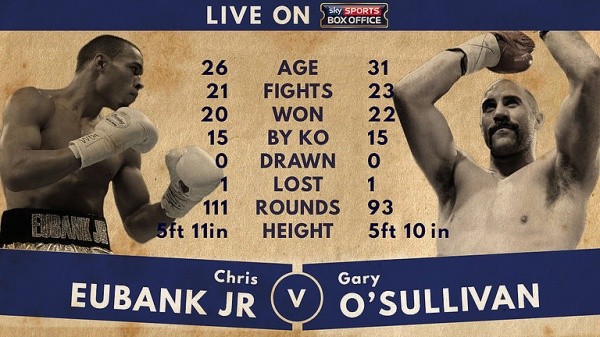