Ryad Merhy and Williams Ocando will face off for the vacant WBA Inter-Continental cruiserweight title over a scheduled 12 rounds at Spiroudome Arena in Charleroi, Hainaut, Belgium, on Saturday, May 21.

Born on the Ivory Coast, but fighting out of Brussels, 23-year-old Merhy is a three-year ring vet (18-0, 15 KOs). Undefeated and hard-hitting, he won the vacant WBC International Silver cruiserweight title in his most recent bout, last December, by knocking out Sylvera Louis in the sixth.

His 27-year-old opponent, a Venezuelan, is a five-year pro (16-3, 14 KOs). Although a hard-hitter, Ocando has tasted defeat three times, twice by TKO, and has in fact lost two of his last six. He most recently fought last month, stopping Estarki Peralta by second-round TKO. 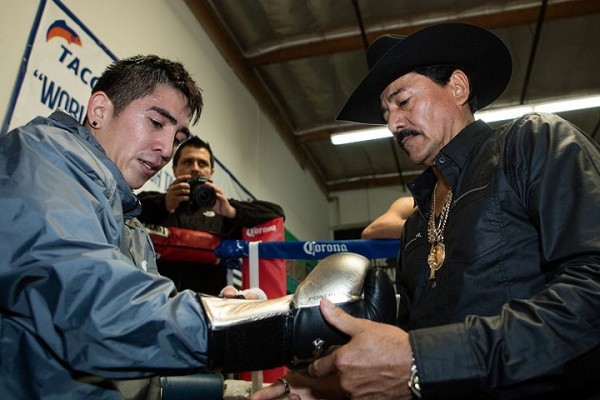