“I’m happy with the signing of Zambrano,” said Floyd. “I think he has a great talent and will give us plenty to talk about.”

“The World Boxing Association is an amazing organization and I am happy to support it. Carlos has not had a fight in a year and he still retains the WBA title. Now that he is with Mayweather Promotions, will make sure we fight regularly.”

Meanwhile, Mendoza said, “I know that Zambrano has not been in the ring in a year. However, today (August 11) has been five months since my father passed away and he always bet on boxing and regional development in Latin America, where there is a lot of talent that can become great champions. So, although I am well aware of the existence of interim champions, I always knew what was happening and within the WBA, we wanted him to stand as a champion because we always want to protect the fighters.”

A former WBA Fedelatin featherweight champion, Zambrano won the interim title via unanimous decision in March 2015 over Daniel Ramirez (24-0 coming in). In the first defense of his title, “Mina” won a UD in August of that year against José Sanmartin (17-1-1 at the time), the last time the Peruvian climbed into the ring.

“Signing with Mayweather Promotions is an achievement for me,” said Zambrano. “It is like winning a world title for me to begin working with a promoter at that level. I am proud to represent Peru this day. It took a year without fighting, but I am ready for new challenges. I had problems in the management of my career and I hope to rectify that now.” 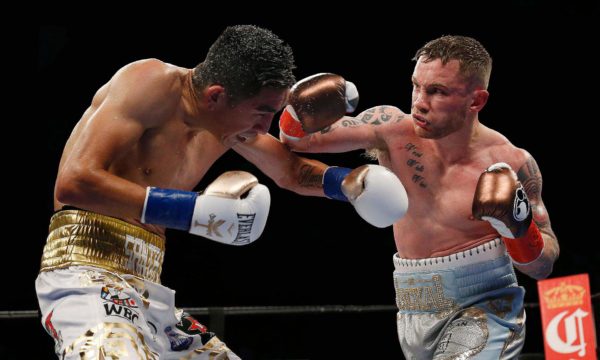