Hundreds of fans gathered for the open workout held this afternoon in Wales by champions Anthony Joshua and Joseph Parker, protagonists of Saturday’s boxing card by Matchroom Boxing at the Principality Stadium in Cardiff, where they will unify the Heavyweight crowns.

Joshua, a favorite among the public, will defend the World Boxing Association title that he won by defeating legendary Wladimir Klitschko in a dramatic fight. He will also put at stake the IBF title, while Parker will defend the WBO belt.

At the open workout, Joshua showed a privileged physical condition and a lot of speed for the fight, in addition to the usual power. “This has been a great reception, even better than the one we had last time in Wales. Boxing continues to grow, we are in a golden age and it is an honor to be part of it”, said the world champion.

A press conference is scheduled for this Thursday with the boxers of the undercard, including the World Boxing Association Bantamweight Champion, Ryan Burnett, who is going to defend his belt against Venezuelan Yonfrez Parejo in a match of reserved prognosis.

Three WBA regional titles will be disputed in Cardiff 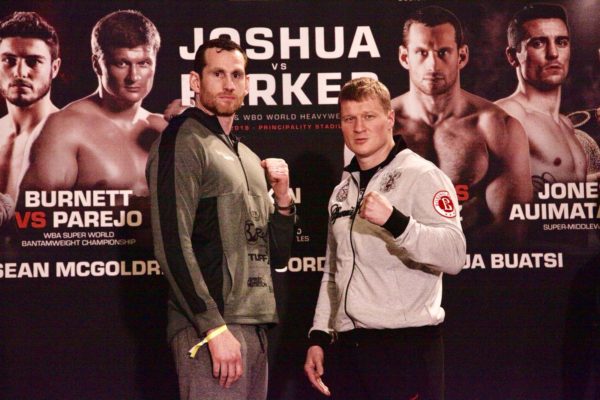