With great results in the amateur field, Canadian Mary Spencer is on the road to get into competition with the best. This Friday, September 9, she will measure forces with Mexican Cynthia Lozano and the vacant World Boxing Association 154 lbs. International title will be at stake. This will be one of the attractions at the Casino Montreal in Canada.

Spencer is ranked second in the super welterweight category by the pioneer organization, while Lozano is one place below. The Canadian fighter has more than 120 amateur fights under her belt, having competed in the London 2012 Olympic Games. Spencer’s opponents include Claressa Shields, Franchon Crews Dezurn, Natasha Jonas, Klara Svensson, among others. She was 4 times elite amateur world medalist and one Pan-American until, at the age of 36, for 2021, she decided to make the leap to professional boxing.

Since her debut in August last year, until now, she is undefeated with a total of 6 wins and 4 knockouts. In her last performance on June 23, 2022, she beat former world champion Chris Namus by technical knockout in the first round.

In the opposite corner will be Cynthia Lozano who will face her second big challenge after losing in the seventh round against another Canadian, Marie Eve Dicaire where a world title was in dispute. Her record of 9 wins with 7 fights before the limit and 1 loss, plus her tough style, make her a tough opponent for Spencer.

Kyoguchi returned to Japan from Hawaii to continue his training camp 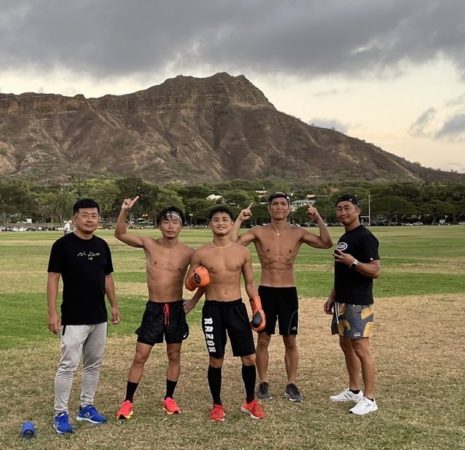