They say that great opportunities come when you are thirsty enough, and they better find you ready. Uruguayan boxer Maira “Panterita” Moneo achieved the biggest victory of her career after defeating Erica “Pantera” Farias last Friday, December 30. Thus, Moneo not only retained her Fedelatin belt but also won the desired opportunity to fight for the World Boxing Association title.

The fight was a war from the pre-fight. The weigh-in ceremony had nothing to do with performances; the provocations and the strong words in the mouth of the Argentinean and former world champion Erica Farias were the firewood to ignite Monea’s fire.

Once in the ring, with closed fists, both panthers showed their claws sharpened and gave warning glances to each other. While the experienced Farias tried to use her technical style, trying to sustain the use of her jab followed by short combinations when she could, Moneo came out from the start looking to suffocate her opponent to the point she could not breathe; the pressure exerted with determination and hunger for glory were her weapons. The ten rounds were completed and the judges ruled a unanimous win with three equal scorecards of 96-94.

“Everyone underestimated me. They said I would lose by knockout, that I had little experience and I was able to beat a boxer I admired very much”, proudly said “La Panterita” moments before returning home in the company of her son and husband/trainer.

With this win Moneo moved up to a total of 12 wins with 2 quick victories and only one loss. Her next commitment could be in this 2023 against Katie Taylor, the date will determined in the next few months. Meanwhile, the regional champion, already imagines from her beloved Montevideo how that clash could be: “I know I have a lot to improve. Above all, I have to learn to control my temper, she is stronger than me, I want to win any way I can. But if I fight Taylor I have to manage my movements and defense better to beat her. Above all, I have to listen to my corner, they can’t believe how in the gym things are so different when it comes to the fight. But that’s why; because my winning chip is turned on and I go, go, go”.

Maira Moneo started boxing at the age of 15, encouraged by her older sister, whom she considers like a mother and thanks her very much for everything. Moneo was a girl who seemed delicate, always well groomed and quiet, so school time was her worst ordeal: “They bullied me until one day I started to defend myself. Then I started to be a fighter, to have problems at school. Added to the fact that my parents had separated and, well, it was a way of expressing my anguish, I think”.

Life, the deep contact punches, the ones you don’t see coming, was preparing a warrior who today as Fedelatin champion and number 1 in the WBA lightweight ranking, fights for her son to give him the best possible life she couldn’t have. 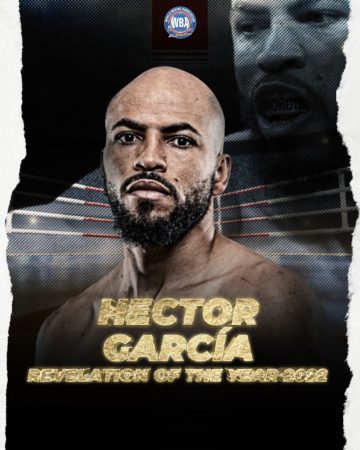