Vasyl Lomachenko gave a great fight at the O2 Arena in London and defended his crown for the third time by beating Luke Campbell via unanimous decision in a resounding exhibition. The Super Lightweight Champion of the World Boxing Association (WBA) won with scores of 118-109, 119-108 and 119-108 to continue on his way as one of the best in the world today.

“Loma” had to adapt during the fight against a highly skilled rival with great technique in Campbell. The Ukrainian champion now owns three of the four great belts of world organizations.

The first rounds were very cautious on the part of Lomachenko, but little by little he was finding spaces to hurt the midsection of Campbell and also connect strong blows to the face that often displaced the challenger.

Despite the great difference with which he won on the cards, Lomachenko had to be put through discomfort from the highly skilled fighter in Campbell. In several exchanges during the confrontation, Lomachenko received some blows that stung him but he was never in serious danger due to his explosion and his speed, which were revealed at almost every moment.

In round 11, the Super Champion managed to knock down Campbell after a sequence in which he hurt him with several combinations. The challenger put a knee on the canvas and recuperated, only to survive the assault and finish the fight.

Lomachenko made it clear, once again, that he is one of the best pound for pound fighters in the world and now has 14 wins, 1 loss, and 10 knockouts. For his part, Campbell now has 20 wins, 3 losses, and 16 knockouts.

WBA August Rankings and Boxer of the Month 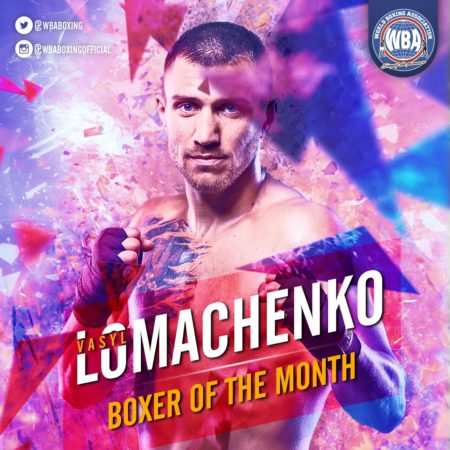