London is ready to host the meeting between Vasyl Lomachenko and Luke Campbell for the Super Lightweight Championship of the World Boxing Association (WBA). Two days before the fight, the last press conference was held and both fighters had the opportunity to make an impression on what they expect on Saturday night.

The city has been very receptive and many expectations have been raised with the possibility of seeing the local idol, Luke Campbell, challenging the Ukrainian phenomenon who owns two 135-pound belts, Vasyl Lomachenko.

The audience that will fill the O2 Arena on Saturday is key for the fighters and “Loma” made that very clear in his speech during the conference.

“I can’t wait to get in the ring and show my boxing skills to British fans and all fans around the world. Luke is a tough, technical and intelligent boxer, so it will be interesting. I’m ready and that’s why I’m here in the United Kingdom,” said the WBA Super Champion.

For his part, Campbell was aware of the great challenge he faces, but he was also motivated in his words to the press in the face of one of the most important fights of his career so far.

“I’ve always said that to be the best you have to beat the best and that’s why I’m here. I am not worried about what he is going to do, I am focused on myself. I have to show a little of everything in order to win and I’m ready to do it,” said the gold medalist of the bantamweight class in London 2012.

Once the commitment to the press has been fulfilled, both fighters must climb the scales this Friday to mark the 135 regulatory weight limit and be allowed to fight for the title. 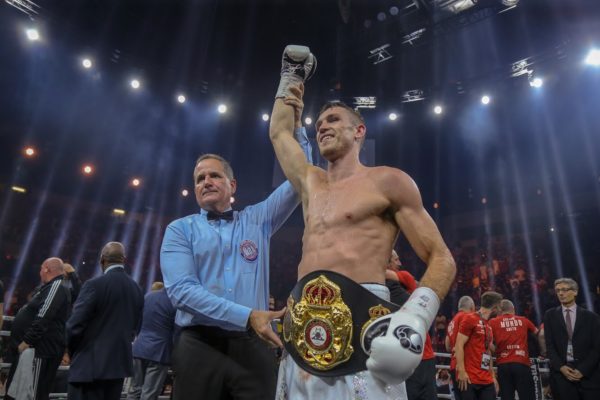