On Saturday, February 27, in a fight televised live on Showtime Championship Boxing, WBA Super World featherweight champ Leo Santa Cruz will defend his title against Kiko Martinez over a scheduled 12 rounds at the Honda Center in Anaheim, California.

Santa Cruz, 27, from Rosemead, California, by way of Huetamo, Michoacan de Ocampo, Mexico, is an undefeated 10-year pro (31-0-1, 17 KOs) who most recently fought in August 2015, beating Abner Mares by majority decision for what was then the vacant WBA title. “El Terremoto” also scored the vacant IBF World bantamweight title in June 2012 by beating Vusi Malinga via unanimous decision and the WBC World super bantamweight title in August 2013 by knocking out Victor Terrazas in the third. The only “blemish” on his record is a draw against Rodrigo Hernandez in January 2007, his second fight.

Martinez, who’ll turn 30 on March 7, is a 12-year ring vet (35-6, 26 KOs) who last fought this past December, stopping Miguel Gonzalez by fourth-round TKO. “La Sensacion” won the IBF World super bantamweight title in August 2013 by stopping Jhonatan Romero via sixth-round TKO, a title he lost to Carl Frampton by unanimous decision in September 2014. The tough Spaniard has only been stopped twice, first by Frampton, who won via ninth-round TKO in February 2013, then by Scott Quigg, who won via second-round TKO in July of last year, when they fought for the Englishman’s WBA World super bantamweight title.

Martinez has fought the best of the best, which is good preparation for Saturday’s fight with Santa Cruz.

“I know a lot of people are doubting me,” he said. “I’m going to surprise a lot of people. I know Leo Santa Cruz is a terrific fighter. But I have put in the time and training. I’ve worked very hard preparing for this matchup. When I get the victory over him, I’m going to change the opinion of the public. It’s going to be an exciting fight.” 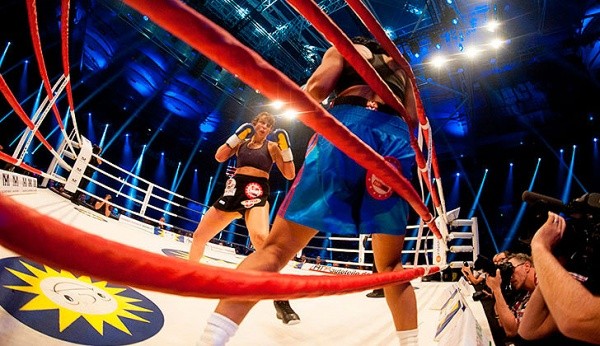