First it was Hasim Rahman, followed by Riddick Bowe, and now Larry Holmes has jumped on the Lucas Browne bandwagon.

The Easton Assassin was the bee’s knees in the late 1970s and early ‘80s and fought everyone there was to fight.

Coming as he did after Muhammad Ali, Holmes struggled for recognition, but the recognition came, as did the plaudits.

Holmes is a successful businessman today, but he is not too busy to give some advice to the undefeated slugger from Down Under.

“All you have to do is keep the jab going,” Holmes told Browne. “Stick it in his face as quick as possible and as often as possible.”

That is sound advice, coming as it does from one of the best jabbers in the business.

“When you see it working, bring that big right hand in. That’s all I can tell you. Enjoy yourself and best of luck.”

Browne is as pleased as punch to get pointers from a legend like Larry Holmes.

“Getting advice from someone like Larry Holmes is the sort of thing that makes me have to pinch myself,” Lucas said.

“He’s one of the sport’s greatest fighters and although I’m not quite old enough to remember him in his pomp, I’ve spend countless hours watching his biggest fights back on video.

“It seems like every top level heavyweight in the world is backing me to beat Chagaev and I don’t want to let them down. I’m in the best shape of my career and I’m looking forward to doing all these great champions proud with a devastating performance on March 5.”

Chagaev may have something to say about that, which is just one of the reasons this fight is intriguing. 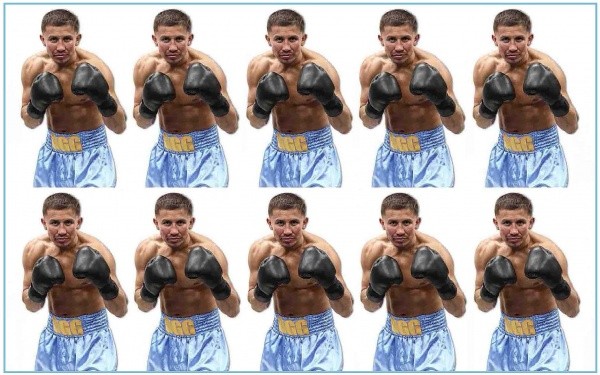