Erislandy Lara kept the middleweight world title and relinquished the super welterweight title of the World Boxing Association (WBA). In the midst of the title reduction plan, the pioneer organization had sent a communication to the Cuban champion, who reigned in both categories, to choose in which of both he would continue to perform.

Lara responded this week and chose to keep his 160 lbs. black and gold belt. This leaves the 154 championship vacant and the only current world champion in the division is Jermell Charlo.

The southpaw fighter’s team also informed that they are working on Lara’s next defense at middleweight and that the veteran is very motivated for what is to come for his career as champion of that division.

Erislandy is one of today’s great WBA champions and the organization is anxious to see him defend his belt with the good boxing that has always characterized him.

Ugas is WBA Boxer of the Month 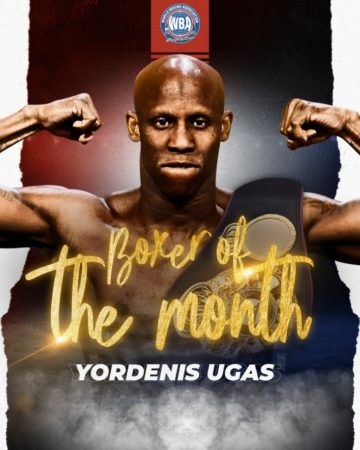