The World Boxing Association is pleased to announce that WBA World super welterweight champion Erislandy “The American Dream” Lara (21-2, 12 KOs), from Houston, Texas, by way of Guantanamo, Cuba has been selected as the Boxer of the Month.

Lara was awarded this honor based on his superb performance on June 12 at the UIC Pavilion in Chicago, Illinois, where he defeated former IBF North American super welterweight champion Delvin Rodriguez (28-8-4, 16 KOs), from Danbury, Connecticut, by way of Santiago de los Caballeros, Dominican Republic.

The American Dream won the interim WBA World super welterweight title in May of last year by defeating Alfredo Angulo at the Home Depot Center in Carson, California. Six months later he successfully defended that title by decisioning Austin Trout at the Barclays Center in Brooklyn, New York.

Lara was awarded the WBA World super lightweight title and on December 12, 2014, at the Alamodome in San Antonio, Texas, he successfully defended the crown by defeating Ishe Smith.

This month’s runner-up was Jesus Marcelo Andres Cuellar (27-1, 21 KOs), who hails from Jose C. Paz, Buenos Aires, Argentina. The former interim champion was awarded the WBA world featherweight belt and on May 6 he stopped former WBA Super World super flyweight champion Vic Darchinyan in the eighth round of a scheduled 12 at the StubHub Center in Carson, California.

In other news, the WBA has been informed that Jessie Vargas, who recently lost a 12-round decision to Timothy Bradley at welterweight, is relinquishing his WBA title to fight at a higher weight.

Details on this month’s WBA rankings can be seen here: http://www.wbanews.com/wba-ranking 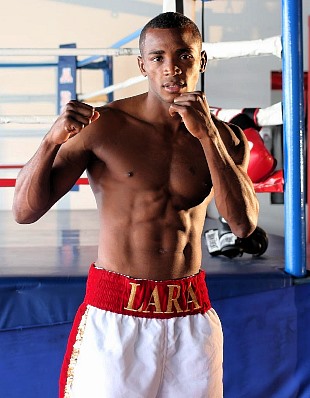