Fighting out of the red corner in blue trunks with white trim, Kovalev was an assassin. Lefts, rights, bombs, missiles—it was like Christmas and Kovalev’s birthday simultaneously.

Fighting out of the blue corner in white trimmed with red, Mohammedi, according to HBO’s Jim Lampley, is a “pizza truck owner” from outside Marseilles.

Studying his record, and the records of his opponents, I wonder how Mohammedi got this shot. He looked undeserving. He looked ill-equipped.

Krusher dropped the Frenchman in the second round with a right hand. A textbook 1-2 put him down in the third for good. 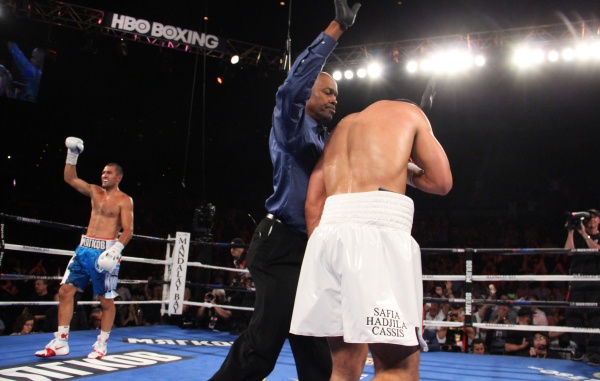