Friday’s championship fight between WBA World super flyweight champion Kohei Kono (30-8-1, 13 KOs) and Koki Kameda (33-1, 18 KOs) at the UIC Pavilion in Chicago, Illinois, isn’t the main event of the Premier Boxing Champions’ event on Spike TV (that would be Fonfara vs. Cleverly), but it may very well be the fight of the night.

Kono is a champion who has had to work for everything he’s gotten in the sport. This is his second stint as a world champion after failing in his first attempt to win a world title. He saw his first reign end in his initial defense, but regained the title nine months later. He managed to hold on to his crown after a draw with Norberto Jimenez in his last fight.

The 34-year-old native and resident of Tokyo will be fighting outside of his country for the first time in his career. His style should play well in front of an American audience.

Kameda made his American debut in his last fight against Omar Salado at the UIC Pavilion in Chicago.

After an 11-month layoff, there could be a concern of ring rust for the former three-time world champion. When he’s at his best, he has been involved in some spectacular brawls, such his fights against Jung-Oh Son and David De La Mora. Kameda will need to be sharp as he attempts to wrestle away the title from Kono. Neither man is known for his punching power, but Kono’s last three wins have all come by stoppage. Per Jason Bracelin of PBC, Kono sounds like a man looking for a war.

“I want to represent myself with the heart of a samurai here in the United States.”

The American boxing community will likely read that quote and collectively say to themselves: “Yes, please.” Can the champion deliver a war—or failing that a win?

No matter who prevails in this bout, it seems unlikely that it will end early. Despite the fact that both men have modest KO totals, they have solid chins as neither has ever been stopped. Get ready for a spirited scrap as these two Japanese warriors square off for the right to keep the title, or to once again be crowned a champion. 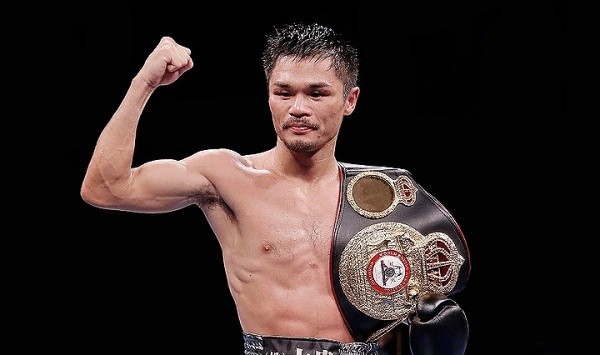