World Boxing Association (WBA) World Super Flyweight Champion Khalid Yafai (24-0, 15KO’s) took some time out of his schedule to talk to the WBA about his career and future aspirations in the sport after coming off of perhaps his most impressive victory to date and first time fighting in the United States.

“It wasn’t perfect but I don’t think you could ask for a better outcome,” said Khalid, “I believe I broke his will, I could feel and hear him getting weaker as the pressure mounted.”  No doubt his stoppage victory over David Carmona was a grueling bout that saw the champion hurt in the very first round, only to turn the tide and drop Carmona three times past the first round before Carmona decided to not answer the bell for the eighth round.

It was another impressive victory for Khalid and yet another one where he had an opponent come in overweight, an all too common recurring theme for him through the years as he won the WBA title in a fight where his veteran opponent, Luis Concepción, failed to make weight as well.

“Yeh there were many times,” Kal says with a chuckle while referring to overweight opponents, “I don’t know what it is but it tends to happen to me. Against Concepción I envisioned that I had trained for so long and worked so hard that I knew no matter what I was winning that night. He was overweight but I was in the best possible shape I could be, I knew straight away when I found my range and started working the jab it was over.”

Khalid seems like a very humble, soft spoken man, as he quickly will add “I have a lot more to give in boxing but I also have a lot more to learn, practice makes perfect.”  An example he gives is his fight against Everth Briceno in Dublin “I was practicing a three punch combo that was a left uppercut, touch him with a left to head, then a left to the body. Round five I put him down with that exact combination to prove that practice makes perfect. I also learned a lot from that fight because it was my first time going a full twelve rounds at a very fast pace.”

Yafai’s progress can no doubt be largely attributed to the stellar team he surrounds himself with.  His head trainer is Max McCracken, whom he met through Robert McCracken, the lead trainer for Anthony Joshua that has exploded recently in exposure.  Yafai also has in his inner circle that is comprised of strength and conditioning coach Des Witter, nutritionist Scott Robinson, and physio coach Poorah Singh who helps to keep his body loose and limit injuries.

Kals team would not be complete without mention of his family, which he has an abundance of as he has four brothers and two sisters.  His family is a boxing one of proud Yemeni descent that still gets together every Friday with boxing as the hot topic of conversation.  Gamal is a 14-1 professional while Galal just recently won gold at the Commonwealth Games.

“My brother Gamal got into boxing and then it hooked everyone else. Naturally we were Naseem Hamed fans and so eventually our mother took us to the club and we were hooked immediately. We are, I believe, a very humble and hard working family that is close knit. We like to keep to ourselves and be the best we can be.”

Khalid has been with Matchroom Boxing from the start, with powerhouse promoter Eddie Hearn behind him.  When asked what he believes makes Hearn so successful, Kal offers an interesting perspective “He connects well with the fighters, or me anyways. He is pretty young so you can talk to him easily like he is a regular mate.”

The big fight that Kal would love to have is with Roman Gonzalez, which has been mentioned numerous times in the headlines but Kal would absolutely love to take on the living legend after he gets back in the win column.  He fears that should he be victorious over Chocolatito he may not get the credit deserved, telling it like the competitor he is “I would ideally like to see Roman bounce back with a win or two so that we know he still has it in him, then I would like to fight him.”

Khalid has been the WBA champion for three defenses now, saying that it is an honor and a privilege to hold the title and be a part of the WBA’s history “The first thing I saw when I googled the WBA years ago was Muhammad Ali holding their title. My favorite colors are black and gold, so I guess it was meant to be” Kal says with a chuckle. 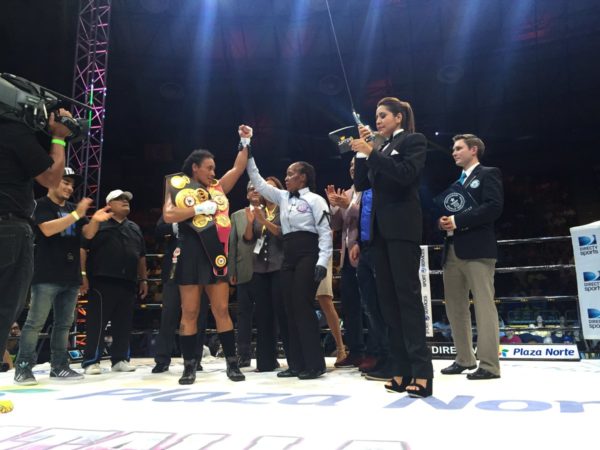