The Irish native Katie Taylor again proved the reason why she is one of the most popular boxers in world. At the TD Garden in Boston, the World Boxing Association (WBA) champion at lightweight gave an exhibition against Puerto Rican Cindy Serrano and successfully defended her crown on American soil.

The gold medalist at the 2012 London Olympics dominated the fight from start to finish, which is reflected by the scorecards. Taylor won a perfect unanimous decision with results of 100-90, 100-90 and 100-90 showing a reflection of her superiority in the ring.

Speed and accurate combinations are the main weapons of the Bray native and, once again, she displayed both of them. The champion gave no opportunity to her Caribbean challenger and exercised the pace throughout the entire match with an overwhelming speed that delighted those present at the home of the Boston Celtics.
Almost a year ago, Taylor had won her crown by beating Argentina’s Anahi Esther Sanchez. In that time span, she has already had four successful defenses in which she has imposed herself on Jessica McCaskill, Victoria Bustos, Kimberly Connor and now Cindy Serrano.

The Irish woman now has 11 wins in the same number of professional fights and has won 5 via the fast track route. Meanwhile, Serrano dropped to 27 wins, 6 losses, 3 draws and 10 knockouts.

Brant is crowned as the new WBA champion 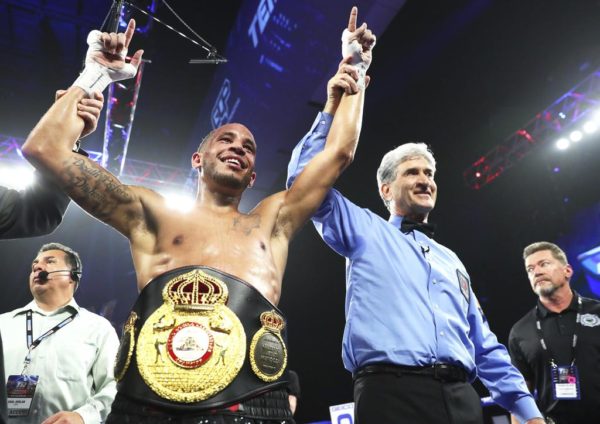