No sooner had the opening bell sounded than a right hook put Gonsalves on the deck. He got to his feet and beat the count, only to be dropped four more times in quick succession.

The referee wisely waved it off.

“I’m glad to get the win after a world title loss,” said Karpency, alluding to his TKO loss to WBC light heavyweight champion Adonis Stevenson in his last fight.

“Ultimately, the world title is our goal. Hopefully, our next fight is a world title fight and we can bring it right back here near home.”

Tommy’s younger brothers, Jeremiah and Danny, were also on the card. Jeremiah fought to a draw with veteran Mike Sheppard for the vacant WBA-NABA heavyweight title, while Danny, suffered his first loss as a pro.

“I’m very proud of them,” said their dad, Tom Karpency. “My wife is very proud of them. It’s a tough road. It’s a grind. The closer you get to the fight, the more tense things get. Things get heated up in training when you’re together for a long time. Sometimes things boil over. We keep the goal in mind.” 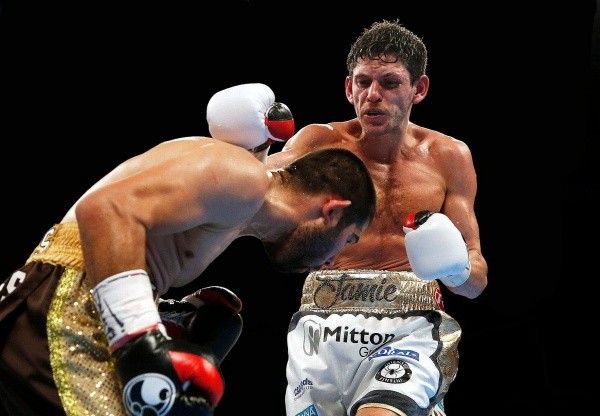