It seems that everybody who is anybody has flown into Panama to make an appearance at the 94th WBA Convention. Fighters, promoters, matchmakers, you name it, are here on behalf of their and the sport’s interests.

One of those people is Tom Loeffler, Managing Director of K2 Promotions. K2 doesn’t have a million fighters on its roster, but among the fighters plying their trade under the K2 banner are Gennady Golovkin and former heavyweight champion Wladimir Klitschko, who was just dethroned by Tyson Fury.

Loeffler doesn’t do flamboyant. He is low-key. He is laid-back. His intensity is contained. He is the antithesis of boisterous Don King, for example, for which perhaps we can be grateful.

Despite his busy schedule, Loeffler was kind enough to grant me an interview. I asked, as anyone with even a passing interest in boxing might ask, if he’d been in touch with Klitschko. I also wanted to know his state of mind.

“As you can imagine, it was a big disappointment for him,” Loeffler said. “He’s used to being world champion for such a long time, but it just seemed that night wasn’t his night. You have to give a lot of credit to Tyson Fury. He had a very unconventional style. He showed no fear in the ring with Wladimir. He was the better man that night. But Wladimir definitely is going to do the rematch and is looking forward to winning his titles back.”

Loeffler nodded and said, “Fury is a colorful character, but he’s a great self-promoter in terms of bringing attention to his career, marketing the fight, and is now is heavyweight champion. So you’ve got to give him respect for what he accomplished in the ring.”

Speaking of respect, Loeffler also promotes the eminently respectable Gennady Golovkin, who currently holds the WBA Super World middleweight title (as well as the IBF title), which is why they’re both in attendance on the isthmus.

“It looks like Golovkin is going to fight again in March or April,” said Loeffler. “We’re not sure of the opponent yet. We want to see what happens with the winner of Andy Lee (who holds the WBO title) and Billy Joe Saunders. Gennady’s one of those champions that it’s very difficult to get people to agree to fight him, so we’re always looking to get the best quality opponents in the ring. We’re looking forward to his next fight in March or April, and then he’ll be on track for a superfight against Canelo Alvarez in the fall of 2016.”

That’s the fight everyone wants to see. Canelo holds the WBC belt, having defeated Miguel Cotto three weeks ago, and his star has never shined so bright. But Canelo is not a full-fledged middleweight, or so we’ve been told, and therefore not yet ready for Golovkin, even though he fights as a light heavyweight.

I asked Loeffler if he thought that argument held water, so to speak.

“It doesn’t hold too much water when he enters the ring heavier than what Gennady fights. But you know, you have to give Canelo a lot of credit. He’s established himself, both inside the ring and outside the ring, as a very marketable fighter. He’s WBC middleweight champion now, so if he’s a middleweight champ that fight would be at the middleweight limit.” 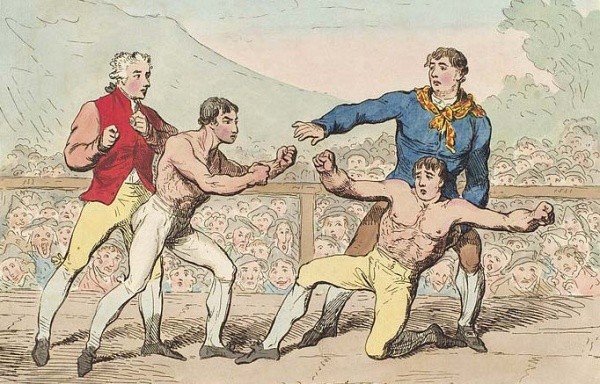