The upcoming fight with New Zealand heavyweight champion Joseph Parker will be a special occasion for Kali Meehan. What might be the veteran boxer’s last bout will be held in his old stomping ground of West Auckland. He will also be competing on the same card as his son, 20-year-old Willis Meehan. The pair has been sparring together in Australia in preparation for the fight night at The Trusts Arena on October 15.

Kali “Mean Hands” Meehan, 45, arrives in the country on October 5 and says that whether this will be his final bout depends on the result. If he is victorious over the much younger Parker, 23, then monetary doors will open and “I’d be a fool to just say no. But I’ve got to weigh everything up at this stage in my life,” he says. “And it’s my son’s career starting now so I’ve got to be there for him also.”

Meehan has lived in Australia for the past 18 years but says he is proud to have grown up in Avondale – although he was “one of the naughty kids in the street. He hopes he will have a lot of support in West Auckland, where he says he owes a lot to his first trainer Latu Raeli who lived nearby and built a big gym in his backyard. He told all us teenage boys, who were all friends of his son, he said ‘if you guys ever have problems at home, you ever need a place to sleep, the door to the gym will always be open, there’s a bed in the back.

But the trick was Raeli had one rule: Anyone staying overnight had to train when he told them to. Meehan often found himself sleeping over and says Raeli , who died several years ago, was always there for him and taught him about being a man. A lot of his wisdom that he passed on to me I realised once he was gone.

Meehan says he left for Australia with his family when he was aged 28, initially to work on a prawn trawler. But in the week before it was set to sail he was offered a fight and accepted. I hadn’t been training or anything and the guy I was fighting at that time was ranked No 1 in Australia. I had had four pro fights by that time, and I won – I knocked him out in the fifth. 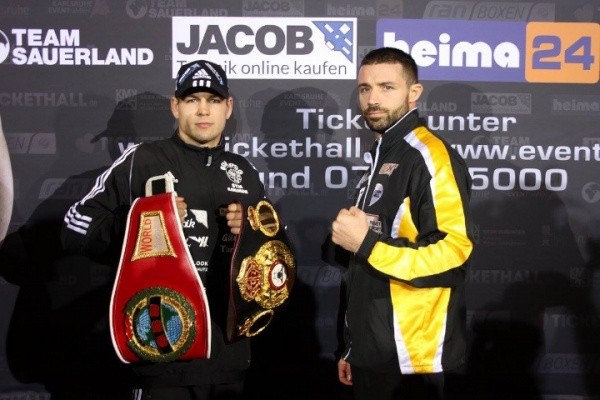