WBC lightweight champion Jorge Linares (39-3, 26 KOs), who was born in Barinas, Venezuela, but lives and fights out of Tokyo, Japan, after recently spending time in his native Venezuela, visited Panama for the first time in four years, before traveling north to the United States.

Linares stopped by the WBA offices in Panama, and his presence, as usual, caused a stir.

There has been talk of Linares defending his title in his Venezuela, which El Niño de Oro confirmed.

“I’m very happy with the reception I had in Venezuela,” he said. “It felt good and I felt comfortable.”

Linares recently signed with Jupiter Fight Boxing, a promotional company in Caracas that will represent the champion in Venezuela.

“We are talking of several names,” he told the WBA, “but the one that attracts us is the unification. I have a great desire to defend my title in my country and am very grateful for this possibility and opportunity. This is a big project for Venezuelan boxing. It would be great to win a fourth title in Venezuela,” possibly in October.

“There is still nothing definite,” he added, “but there is talk of fighting in Polideportivo José María Vargas in La Guaira, or even El Poliedro in Caracas.”

Both venues are familiar to Venezuela and Venezuelans. In 2010, when he last fought in the country, Linares defeated Francisco Lorenzo at the Dome by majority decision, and in 2004 he decisioned Hugo Soto at El Poliedro to win the vacant WBA Fedelatin super bantamweight title.

Linares expressed a desire to fight a unification bout with WBA World lightweight champion Darleys Perez (32-1, 20 KOs). He also mentioned a rematch with Kevin Mitchell (39-3, 29 KOs), who Linares stopped in his last outing at the O2 Arena in Greenwich, England, in what was a potential Fight of the Year.

“These are the most attractive,” said Linares, “but we have not ruled out any names. We must gather the team to decide in the coming weeks.”

Just in case you missed it, the potential Fight of the Year between Jorge Linares and Kevin Mitchell can be seen here: https://www.youtube.com/watch?v=aXn70UZibA0 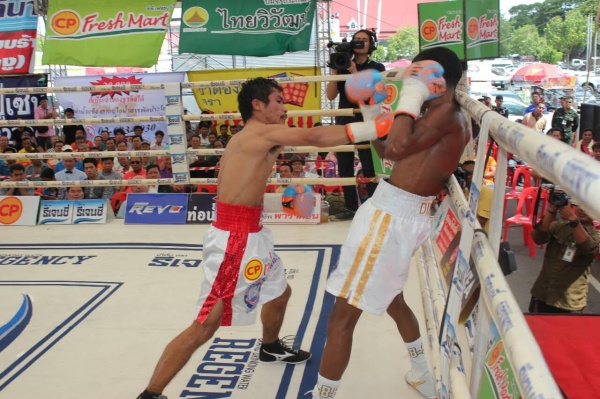