WBA super champ in the feather division, Chris John of Indonesia tipped the beam at the 126-pound class limit, while Japanese challenger Shoji Kimura 125.5, a half pounder under the limit, on Friday at the Marina Bay Sands in Singapore. Originally the weigh-in ceremony was supposed to take place at the roof or at the outdoor fifty-seventh floor Skypark with the shape of a ship, but it was moved to the first floor at the Convention Center since it might be raining to hamper the ceremony. John said, “I’m in perfect shape and wish to show my best performance to entertain the crowd in Singapore.” Kimura, at his second attempt to win the world throne, also said, “I’m excited to fight such a great champ as Chris John. I’ll stun the audience tomorrow.” The promoter Angelo Hyder of Australia discloses that all tickets have been sold out with this sensational promotion. Craig Christian, the defending champ’s long-time mentor and handler of Australia, keeps quiet and concentrates on taking care of his pupil. John’s Dragon Punch may prevail sooner or later when it starts tomorrow night.

The first fight will start at 7:30 PM and the main event at about 10 PM with Mahkota Promotions. 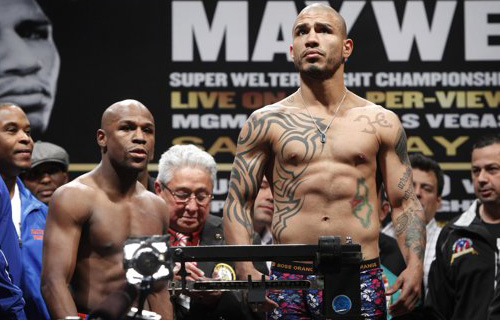