Jezreel Corrales (22-1, 8KO’s) came in heavy at 133.25lbs at today’s weigh in in Verona, New York.  Alberto Machado (18-0, 15KO’s) made weight at the super featherweight limit of 130.0lbs.
This means that the WBA Super Champion status is not on the line for tomorrow night. Should Machado win, he would become the regular WBA super featherweight champion. As for Corrales; it remains to be seen what this means for his future in the super featherweight division.
They will be fighting in the main event of a HBO televised “Boxing After Dark” card from the Turning Stone Resort and Casino from Verona, New York, tomorrow night that features a triple header card stacked with great fighters.
WBA super champion Corrales is coming off of a win over Robinson Castellanos in July, where both men tasted the canvas in an action packed fight that ended up going to the cards with a technical decision win for Corrales due to an accidental clash of heads in the tenth round.
Machado, meanwhile, is looking to upset the odds and bring the WBA title back to Puerto Rico, where he hails from.  “This fight is for my son, my family, and for Puerto Rico. I know that a victory would bring happiness to Puerto Rico after the destruction caused by Hurricane Maria.”
READ NEXT

Santa Cruz and Mares must negotiate before November 6 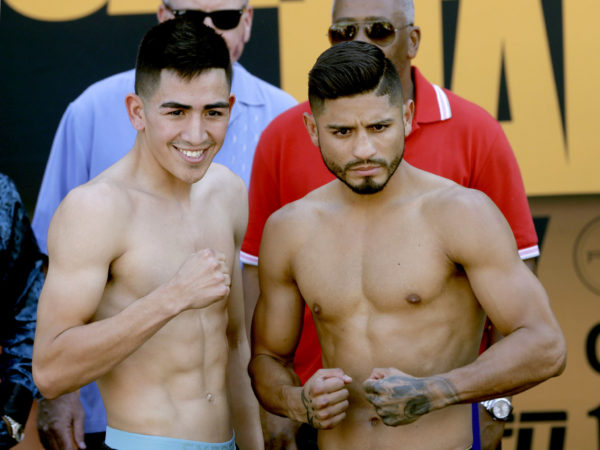