Jesus Cuellar will defend his WBA World featherweight title against Abner Mares over a scheduled 12 rounds on Saturday, June 25, at a venue yet to be determined.

The 29-year-old southpaw has fought out of his native Argentina since 2008 (28-1, 21 KOs). “El Jinete” won the interim WBA World featherweight title by decisioning Claudio Marrero in August 2013 and has successfully defended his title five times, most recently this past December, beating Jonathan Oquendo by unanimous decision. Elevated to regular championship status last February, the Argentine’s sole loss came in October 2011, stopped by Oscar Escandon via seventh-round TKO.

His 30-year-old Mexican-American opponent is an 11-year pro (29-2-1, 15 KOs) who last fought this past August, competing with Leo Santa Cruz for the then-vacant WBA Super World featherweight title, losing by majority decision. Mares most recently won last March, defeating Arturo Santos Reyes by unanimous decision. Fourth-ranked by the WBA, Mares is a three-division world champ, winning the IBF World bantamweight title by beating Joseph Agbeko via controversial majority decision in August 2011, the then-vacant WBC World super bantamweight title by beating Eric Morel via unanimous decision in April 2012, and the WBC World featherweight title by stopping Daniel Ponce De Leon via ninth-round TKO in May 2013, a championship he lost to Jhonny Gonzalez three months later, knocked out in the first, the only time he’s been stopped in his career.

Mares was originally scheduled to face Fernando Montiel tonight, the 12th, on the undercard of Keith Thurman-Shawn Porter, which was canceled because of an injury Thurman suffered in a car accident. Thurman-Porter has been rescheduled for June 25.

“I am very happy about this fight,” says Mares. “I always wanted to face the best and Cuellar is one of them.”

Mares is now trained by Robert Garcia, who until recently trained Cuellar. “I know Cuellar,” Garcia says. “I made him world champion, made two defenses. I know his strengths and his weaknesses. It’s nothing personal but I will work with Abner Mares on this and I’ll get the best of him to win that championship.” 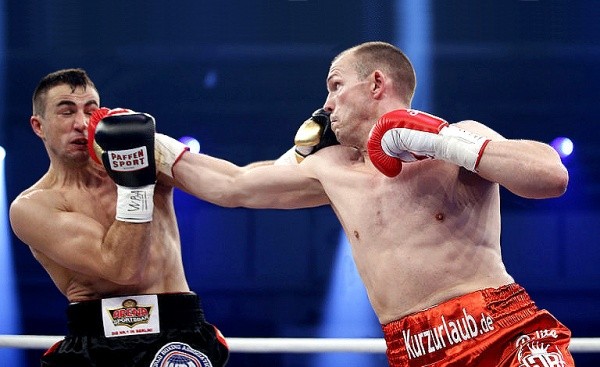