A former BBBofC, Commonwealth (British), EBU (European), and IBF World bantamweight champion, McDonnell won the vacant WBA World bantamweight title in 2014 when he stopped Tabtimdaeng Na Rachawat (52-2 coming in) in the 10th round of a scheduled 12 and has successfully defended the crown four times.

McDonnell was hoping to face WBA Super World bantamweight champion Rau’shee Warren, in accordance with the WBA’s desire to have a single champion in each weight class, but that fight has not yet materialized.

McDonnell’s promoter, Eddie Hearn of Matchroom Boxing, said that Warren “didn’t want the fight in Europe” but was willing to fight in the U.S., although “no dates were offered.”

“Warren’s talking about early next year,” said McDonnell, “but, like I say, I will get this fight in Monaco out of the way, then sit back and enjoy Christmas and see if we want to stay at bantamweight or move up.”

When asked how he felt about fighting in Monaco, McDonnell said, “It’s perfect. I think I am going to stay out there for two days after and soak it hopefully.

“I’ve fought a few times abroad so it doesn’t faze me. I am just really looking forward to it.

“Hopefully I can get a good win.” 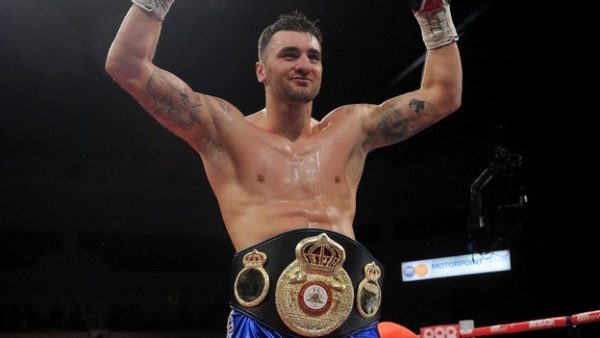