A great battle is expected when super welterweight contenders Jarrett Hurd (23-0, 16 KO’s) and Julian Williams (26-1, 16 KO’s) step into the ring. The final press conference for the fight was held in Washington DC, with only two days to go before their highly anticipated showdown at the Eagle Bank Arena in Virginia.

Hurd, the current WBA super champion and IBF belt holder, has emerged as the favorite in the fight while taking into account his almost 7 years as an undefeated professional – which he pointed out at the final press conference.

“I’m fighting at home, the support of my people has driven me to make a great camp to seek victory,” said the champion.

“This, if not the best, has been one of
my best preparations, it’s my moment and I have to keep taking advantage of it, we have to keep winning to go up to the middleweights and keep shining,” added Hurd.

It is well known that Julian Williams will have a difficult night, but faces his second chance in tough conditions and a thirst for victory cultivated through months of training, as he confirmed when it was his turn to take the microphone.

“I do not focus on the place where we are going to fight, my focus is on combat. Using the jab will be the key to combat, I come in great condition and ready to upset my opponent,” expressed the so-called “J-Rock”.

“This Saturday I have to show that I’m the best and I’m going to prove it to become the champion,” Williams concluded. 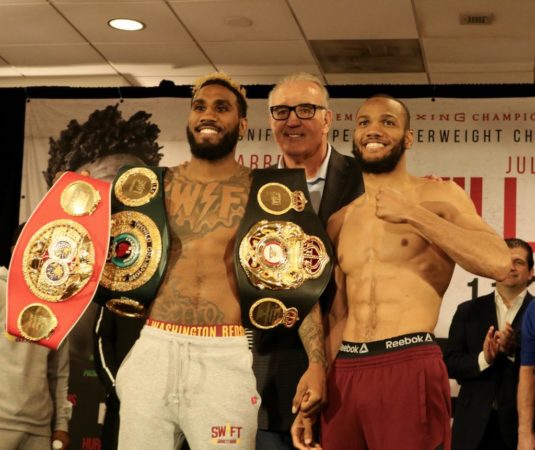