Esparragoza celebrates 54 of his birth in Cumana, Sucre state, Venezuela.

He made his debut in profesional boxing on February 24, 1981 and 6 years later, on March 6, 1987 he dethroned Steve Cruz to keep the featherweight belt of the WBA, to enter in the history of one of the best moments of Venezuelan boxing.

Esparragoza defended his belt seven times before succumbing to Korean Yong-Kyung Park on March 30, 1991.
He retired the same year, after a decade boxing with a record of 30-3-4, 27KO´s.

After his retirement, Esparragoza has dedicated to help train young talents, and to politics in his native Cumana.

Another great of boxing, Lennox Lewis celebrates his 48th birthday. He was born in West Ham, London, but moved to Canada at the age of 12; he represented that country in the Olympic Games Los Angeles 1984, finishing in the fifth position.

In 1989 he made his pro debut and won three world championship belts in three different organizations, including the WBA.
On February 6, 2004 he announced his retirement at a press conference, one year after defeating Ukrainian Vitali Klitschko.

Lewis was the third Heavyweight boxer after Gene Tunney in 1928 and Rocky Marciano in 1956 to retire while still-champion.

Another curiosity is that Lewis defeated all of his opponents, because despite having fallen twice in his career, he won both rematches. He left a record of 41-2-1, 32 KO´s. 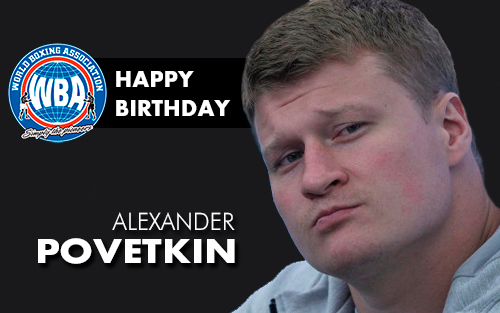