Las Vegas (Aug. 17, 2015) – Roberto Duran a Hall-of-Famer and multi-division champion will appear with the World Boxing Association (WBA) and have a booth at the Las Vegas Convention Center for the second annual Box Fan Expo that will take place Saturday September 12, 2015. The Boxing Expo will coincide with the Floyd Mayweather Jr. vs Andre Berto fight later that evening and Mexican Independence weekend.

Tickets to the Box Fan Expo are available online at: http://BoxFanExpo.eventbrite.com.

About Roberto Duran
Duran is a Panamanian professional boxer, widely regarded as one of the greatest boxers of all time. A versatile brawler in the ring, he was nicknamed “Manos de Piedra” (“Hands of Stone”) during his career. In 2002, he was chosen by The Ring to be the fifth greatest fighter of the last 80 years. The Associated Press voted Duran as the No. 1 lightweight of the 20th century. Many even consider him the greatest lightweight of all time. He held world titles at four different weights – lightweight (1972-79), welterweight (1980), light middleweight (1983-84) and middleweight (1989). He was the second boxer to have fought a span of five decades, the first being Jack Johnson.

About The WBA
WBA is an international boxing organization that sanctions official matches, and awards the WBA world championship title at the professional level. Founded in the United States in 1921 by thirteen state representatives as the National Boxing Association, in 1962, it changed its name in recognition of boxing’s growing popularity worldwide, and began to gain other nations as members. Gilberto Mendoza from Venezuela has been the President of the WBA since 1982. In January 2007, it returned its headquarters to Panama after being located during the 1990s and early 2000s in Venezuela.

This unique fan experience event, which allowed fans to meet and greet boxing legends, past and current champions and other celebrities of the sport, debuted last September. This year the Expo will run from 10 a.m. to 5 p.m. and once again, allow fans a chance to collect autographs, take photos and purchase merchandise and memorabilia.

Exhibitors such as boxing gear, apparel, broadcasting media and other brand companies who wish to participate will have a chance to showcase their products to fans and the whole boxing industry.

The roster of attendees for this year’s Box Fan Expo will be announced throughout the next several weeks leading up to the event.

For anyone in the boxing industry or brand companies who wish to be involved and reserve a booth as an exhibitor or sponsorship opportunities, please contact Box Fan Expo at:

For any inquiries please email: boxfanexpo@gmail.com

More information on the Box Fan Expo is available at: http://www.boxfanexpo.com 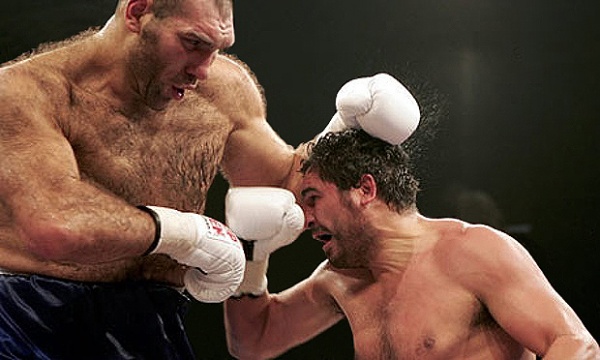