For the first time in his career the Kazakh Gennady Golovkin needed eleven-round to end his fight by his favorite formula, this time in Monaco, against Martin Murray.

Golovkin as always imposed his power and rhythm in the battle, was also a relentless hunter against his challenger, who received the first and second count in round 4 of the fight, and another in the 10th.

Murray spent almost all the time with his guard high. He tried to avoid by all means the forceful champion, who punished him to the middle zone and above. Despite that, at times, the British dare to seek Golovkin and connect him, but immediately received punishment in return.

The super champion hurt Murray on several occasions who was also bleeding from the nostrils for more than half of the bout.

Without despair, Golovkin was diminishing his opponent forces, and cornered him in round 11, releasing a couple of combinations punching with force with two straight rights that left Murray with no response, and forced the intervention of the international referee Luis Pabón.

Mayweather-Pacquiao with their own brands of gloves 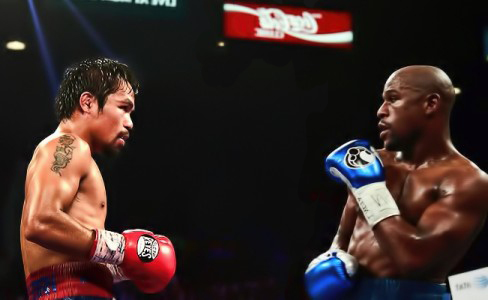