The Covid-19 pandemic has affected every existing activity. Boxing has not been the exception and in the light of the current moment of uncertainty, the World Boxing Association (WBA) President, Gilberto Jesús Mendoza, spoke to the Venezuelan newspaper El Siglo, in an interview via Instagram live.

The conversation covered a number of important sports issues, as well as other personal situations. But the highlight was the current state of boxing and how the WBA and all those involved are getting ready for what is to come.

“We’re working behind closed doors, each one using the appropriate technology. We are very affected by the whole Coronavirus situation, it’s a very complicated moment but nothing will set us back. We have been following this since it started in Wuhan and what we have done is transform ourselves, try to do things differently”, said Mendoza.

When asked about the situation of the organization at the time of the pandemic’s spread and how it had been affected by the situation, Mendoza said what had been on the agenda: “We had an extensive calendar of events. In the month of March alone there were about eight fights scheduled and they were all cancelled one by one”.

“When we talk about boxing it is always important to mention the star figures, which in this case are Saul “Canelo” Alvarez, Anthony Joshua and Manny Pacquiao. Canelo was scheduled for May, Joshua in June and Pacquiao in July. At the moment, it is unclear what will happen with those fights. Whatever was being built, which is important for the commercial aspect, is already lost”, said the leader.

The difficulties in the commercial part, which is very important for the sport, are added to those of the sporting side, as Mendoza explained: “All this affects a lot because it creates uncertainty in the athlete and, at the same time, the physical contact restriction affects as well. Boxing needs it, especially when it comes to sparring. They are limited because they can’t train at 100 percent and because they don’t know an approximate date to fight either”.

Mendoza highlighted the efforts made by some promoters to bring boxing back as soon as possible, even if it is necessary to do it at closed doors.

“Interestingly, it’s the old-guard promoters the ones who are raising this issue. Mr. Bob Arum and Don King are two of the promoters who are trying to get the permission to do fights. They’re talking about late May in King’s case, while Arum has several fights scheduled for June”, he said.

For the WBA president, however, everything will depend on the athletes and their physical condition. He said that since they cannot train at 100 percent, it is impossible to know if they will agree to enter the ring for events of this kind.

Mendoza also announced that the WBA is going to certify several autographed championship belts with the intention of putting them up for auction via the Internet in order to be able to help several countries dealing with the ravages of the pandemic.

Actions of a referee during legal knockdowns, with Luis Pabón 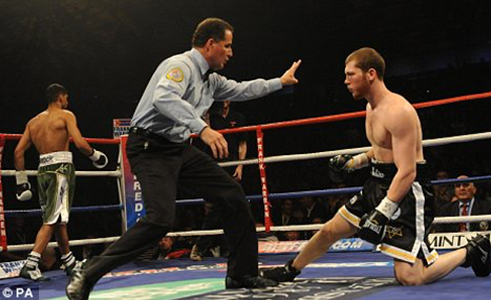 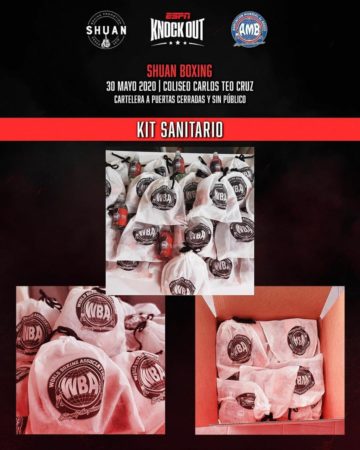 As part of the security precautions for this May 30th... 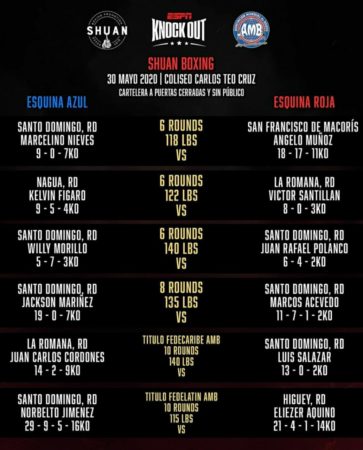 Dominican fighters to be tested for Covid-19 on Wednesday

The boxing program to be held on Saturday, May 30th,...