Gervonta Davis will make his first lightweight appearance to contest the vacant title of the World Boxing Association (WBA) against the experienced Cuban native Yuriorkis Gamboa at the State Farm Arena in Atlanta, Georgia.

The American southpaw, who is one of the most important young fighters of today, will rise to the ring this Saturday in search of his second championship in a different weight class but first he will have to overcome a rather complicated obstacle in the Cuban born Gamboa.

Davis was champion of the super featherweight class in the WBA but now, in a new weight category, he has left the previous title to look for the next weight opportunity.

Gamboa comes into the fight with four victories in a row, a streak that has allowed him to return to fight for a world championship, and he has been especially excited to once again earn a world title belt in this confrontation.

The 38-year-old wants to impose his experience on the physical nature of Gervonta, who at 22 has incredible speed and power that projected him as one of the stars of boxing in the short term.

On Friday they will have to get into the ring to mark the 135 regulatory pounds of the division. Davis is undefeated in 22 fights, of which he has won 21 via knockout. Gamboa has 30 wins, 2 losses and 18 knockouts.

Gervonta and Yuriorkis face to face in Atlanta 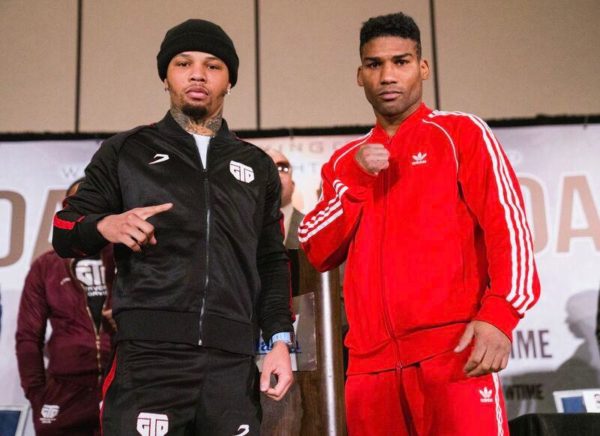