The July 9 rematch at the Manchester Arena between the reigning and defending heavyweight champion Tyson Fury and the former champion has been postponed.

According to Fury’s promoter, Hennessy Sports, an ankle injury has forced the 27-year-old WBA-WBO unified champ from fighting Klitschko as scheduled.

“The fight will be postponed,” confirmed Fury. “Sorry to all my fans, to let you all down, but injuries do happen.”

Fury didn’t give a new date for the fight, but insisted the rematch will happen soon.

“The fight is still going ahead,” he said. “As soon as the ankle is better, we will reschedule.”

“I am currently totally disappointed about the cancellation,” said Klitschko. “As well as for my fans, I´m very sorry, they were all very excited for this rematch. But one thing is also clear: This just means I’ll get my belt a few weeks later.”

That may or may not be the case. Presumably we’ll find out soon.

“It is unfortunate that the fight will not take place,” said Bernd Bönte, Managing Director of Klitschko Management Group. “Wladimir is in great form. We are working hard on an alternative date and our desire is still to hold the fight at the Manchester Arena. Once we can say more, we will report it immediately.” 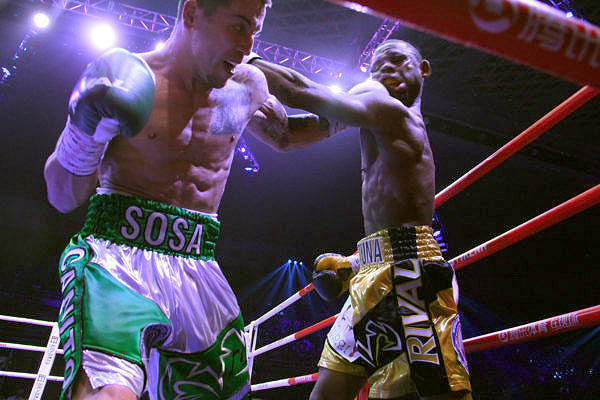