The fight will be Warren’s first defense of the118-pound title he won in June by defeating reigning and defending WBA champion Juan Carlos Payano by unanimous decision after losing his first title challenge against Payano in August 2015.

Zhakiyanov has not lost a fight since 2008. A former EBU (European) bantamweight champion, he won the interim WBA World bantamweight title in his last fight with a split decision victory over Yonfrez Parejo in Monaco. It was the first of his fights to go the distance since 2010.

“One round of one of his fights was all that I needed to see,” Warren said. “He comes straightforward trying to walk you down.

“He’s a mandatory, so I won’t overlook him. I respect everybody, but I see myself giving angles, wearing him down and beating him easily—especially in Ohio.”

Warren has been training in Washington, DC, alongside former 140-pound champion Lamont Peterson, who is fighting David Avanesyan for the WBA World welterweight title on February 18 in Cincinnati.

“Since I got here in December, it’s been champions building up champions in the gym,” said Warren. “We’re going hard, pushing and motivating each other. You’ll see the results on both cards on February 10 and February 18.” 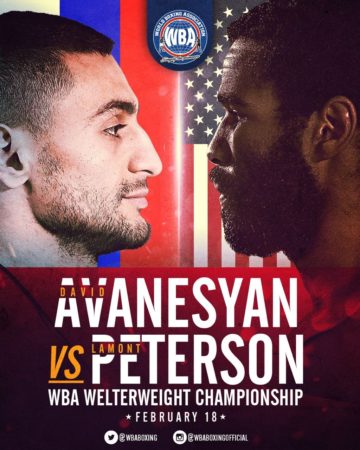