A lightning-fast southpaw, Gushiken was crowned champion when he knocked out Juan Antonio Guzmán, in only his ninth professional fight.

Gushiken made 14 successful defenses before losing the belt by KO 12 to Pedro Flores on March 8, 1981.

Masao Ohba was born in Tokyo on October 21, 1949. He was flyweight champion from 1970 to 1973, the year of his tragic death in a car accident. Since then he has been known as the “eternal champion.”

After graduating from high school, Ohba joined the legendary Teiken gym. He decided to become a professional boxer despite his diminutive size. He made his debut in 1966 at age 17, and won the WBA title winning by TKO 13 over Berkrerk Chartvanchai on October 22, 1970.

Ray “Boom Boom” Mancini Ray was born in Youngstown, Ohio, on March 4, 1961. The Italian American was the son of a professional boxer and made his debut in 1979. Mancini won the WBA lightweight title in 1982 by stopping Arturo Frias in the first round.

Ray Mancini retired with a record of 29-5 with 23 of those wins coming by way of KO.

Riddick “Big Daddy” Bowe was born Brooklyn, New York, on August 10, 1967. He made his professional debut in 1989. On November 13, 1992 he beat Evander Holyfield on points to become heavyweight champion of the world.

Bowe made two successful defenses before losing a rematch with Holyfield on November 6, 1993. 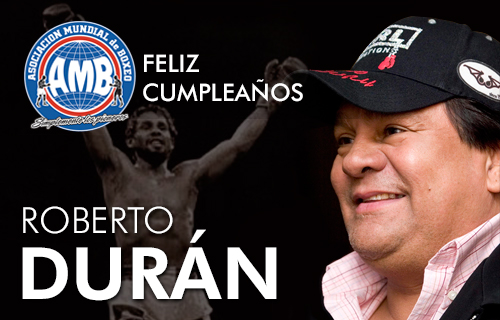