The North American Floyd Mayweather Jr was chosen by the World Boxing Association as the Boxer of the month of September, in the ranking published by the entity.

WBA – WBC 147-pound welterweight unified champion defended his titles before the Argentine Marcos René Maidana, on September 13, 2014, when he won by unanimous decision in Las Vegas.

It was the third defense of the North American.

On his part, the Aztec Juan Francisco “El Gallo” Estrada, WBA Honorable Mention, retained his unified WBA – WBO the fly 112 pounds title for the fourth time on September 6, 2014, in city of Mexico, where he defeated the former monarch Giovanni Segura.

The WBA sanctioned nine titles bouts from September to and October 1, 2014.

For more information on the rankings, visit WBA Boxing Ranking

USA, Japan and Mexico with the most boxers in WBA rankings 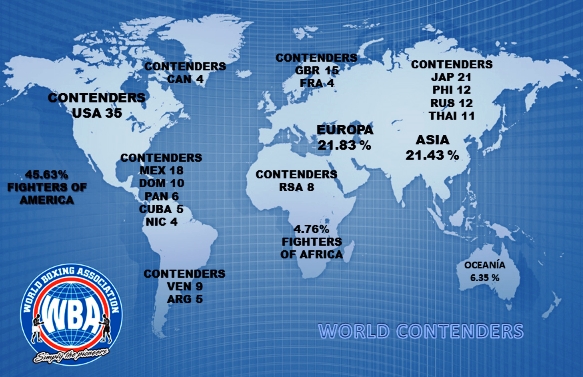