In one of the main bouts, the undefeated fighter from La Rioja, number 15 in the WBA world ranking and Argentine welterweight titleholder, Sanson Rosa (15-0-0, 12 KO), will try to retain his WBA Fedelatin Welterweight title in a tough fight against the Brazilian puncher Anderson “O Indio” Dener (6-1-0, 5 KO), champion of his country and who comes from knocking out the then undefeated Cuban Cristian Martinez in Switzerland, in only three rounds.

Sanson is considered one of the promises that Argentina is having in the replacement of male and female boxers. The heir of the remembered José Joaquín Rosa Gómez, “El Evangélico”, has a tough style that he is gradually polishing. In his last presentation he defeated by technical knockout in the fifth round the native of Peru Jesus Bravo to win the WBC Latin belt but in the super lightweight category.

This Friday’s fight will be for Sanson a challenge that all the public fans will be watching.

Bivol and Ramirez had their first face-to-face 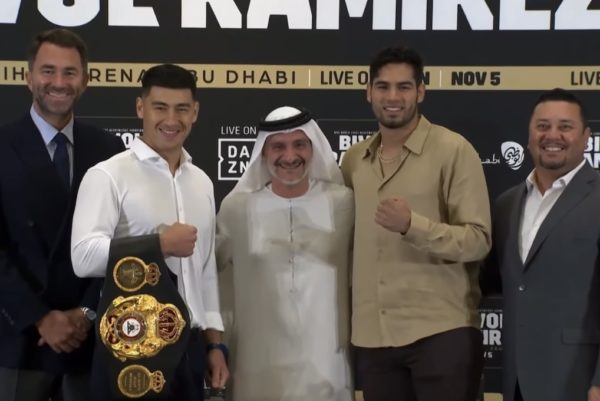