The unbeaten Jarrett “Swift” Hurd (22-0, 15 KO’s) will leave behind seven months of inactivity when he climbs into the ring this Saturday against the British native Jason Welborn (24-6, 7 KO’s) in defense of the super welterweight super championship of the World Association of Boxing (WBA).

Hurd and Welborn were face to face in a press conference held Thursday at the Westin Bonaventura Hotel in Los Angeles, and both promised an explosive matchup.

The challenger Jason Welborn, who will make his debut in US territory, was the first to address those present.
“This fight is a dream come true, I have traveled from a great distance to give a great presentation and that is what I will do,” said Welborn.
“I am accompanied by my family and everyone who believes in me and I do not intend to disappoint them,” added the Briton.

The second to take the floor was “Swift” Hurd, who was very positive about being able to get back into the ring.
“I know little of my rival, but everyone knows what I am capable of, I have shown it again and again and this will not be the exception,” said Hurd.
“There are big fights at the door for 2019, so I have to do things right this Saturday,” said the champion.

Welborn will come into this match after winning five straight victories. On the other hand, Hurd returns to action after his past triumph against the Cuban Erislandy “American Dream” Lara. 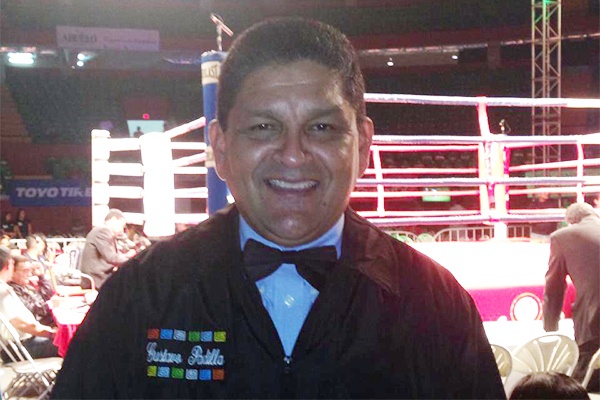