World Boxing Association 154-pound super welterweight champion champion, Cuban Erislandy Lara made yesterday the initial release of the Chicago White Sox game, as part of the promotion for his fight on Friday before the Dominican Delvin Rodríguez at the UIC Pavilion of the famous city of the winds.

Lara (20-2-2, 12) told the press in the US Cellular Field, that he was grateful for the hosting fans, as well as the opportunity to fight in this city. “I was eager to return to fight after the first defense”, then Antillean added, “I will be electrifying, fans will see a great performance. Rodriguez is a good fighter, he is intelligent but I came to win, I have no problems for not having fought for some time, I had a good camp and I am at 100 per cent”.

He said he would like a rematch with Saul “Canelo” Alvarez, but he does not rule out to fight Miguel Cotto or Genady Golovkin.

On his part, Rodríguez (28-7-4, 16 KO) said to be ready for this commitment and trusts he will defeat Lara “despite what the world may think”, also said that, along with his team, “we have studied his fights and we believe that we have the key to beat him,”.

He promised that because of his speed he can corner the Cuban, block him in the ring and make him look bad “hopefully Lara is thinking like everyone else, that I will be his next victim.”

Rodriguez admitted to the press that he is conscious, this may be his last chance to go for a world title and he will not waste it.

“This is the most important, because it may be my last chance for a world title “, said Challenger.

Walters on Marriaga: "He talks too much" 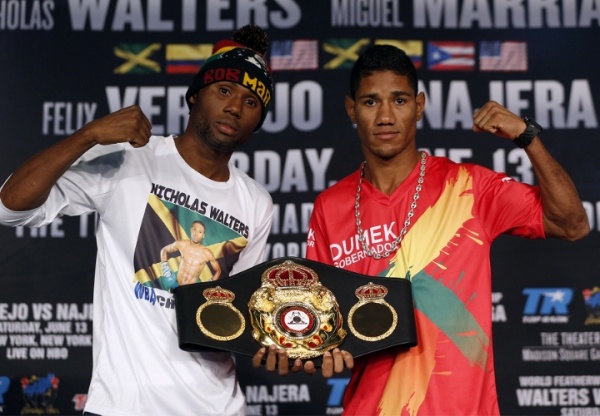