Lopez is on a three-fight win streak. Saturday’s fight is in the city of his birth, so the fight fans in attendance will be celebrating his every punch.

Giono, the reigning WBA Fedecaribe champion, has won six of his last seven fights with one no contest. He knows he’s entering enemy territory. He also knows, or believes, he can win the fight.

The fighters faced off for the first time during Thursday afternoon’s final press conference.

Both of these men can fight. It’s what they do best. And we look forward to watching the best of the best that these two warriors have to offer. 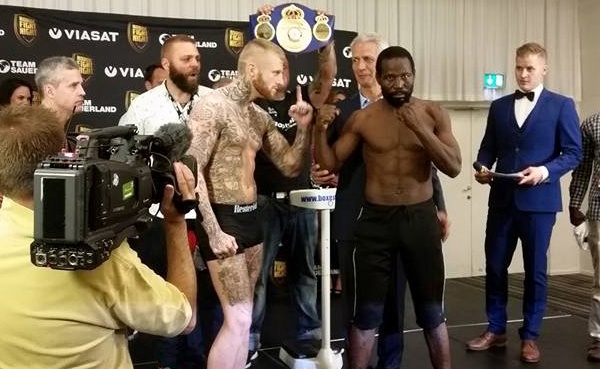