Lopez tipped the scales at 130 pounds on his first attempt.

Things went a less smoothly for Giono, who came in at 130.7 pounds, a little over the super featherweight limit.

He was given time to lose the extra weight, which he did successfully.

The title fight will go on as scheduled.

Rafael Ramos will be the third man in the ring.

The supervisor is Miguel Prado. 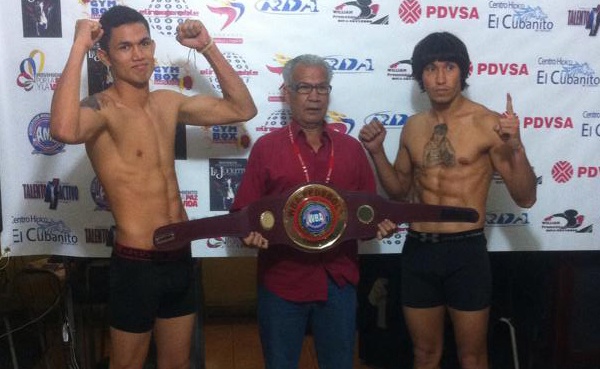