World Boxing Association (WBA) Light Heavyweight Champion Dmitry Bivol (13-0, 11KO’s) is gearing up for his title defense against Isaac Chilemba (25-5-2, 10KO’s) on Saturday, August 4th.  The bout will be broadcast live on HBO premium network from the Hard Rock Hotel & Casino in Atlantic City and be a co-feature to Sergey Kovalev vs Eleider Alvarez.

“I am happy to box again in the tristate area after fighting in New York my last fight” said Bivol about his last fight at Madison Square Garden Theatre where he stopped Sullivan Barrera in the twelfth and final round in March; arguably his best win to date as he dominated the fight and managed to be the first and only man to stop the world-class Cuban fighter.

Bivol can remind one of Andre Ward at times in terms of being a very humble man.  He comes across as logical and practical when asked direct questions, such as if he thinks he is the best light heavyweight in the world.

“I don’t think that right now I am the best light heavyweight, but one of the best. I hope in the not too far future we will know who is the best.”

Everyone is looking to a showdown between Bivol and Kovalev, who will be fighting in the main event, with Bivol commenting on that matchup “Most likely the fight with Sergey is going to happen because it is the fight people want. I believe in my victory on the 4th first of course”

When asked if he thinks that he should be headlining his own fights Dmitry quaintly replied “It would be great to be a headliner as a status sort of thing but I do not think about that right now. Right now I focus on showing good fights to the fans.”

About his opponent, Dmitry thinks that the experience of Isaac Chilemba can only be a benefit to fight against in the ring.  He also appreciates the durability of the veteran who has fought over 250 rounds as a professional.

“I picked Chilemba because he has fought many good fighters, he has good experience, he can move backwards and move forwards, he can fight all kinds of fights and all 12 rounds, but I believe in my good chin and good training camp. I want to keep my belt a long time.”

Most important to Dmitry, however, is that the fans enjoy his fights.  This is something that he has done superb job at thus far in his career.  He expects to also make a great showing against his opponent this time around, although he does recognize that Chilemba is a very cagey veteran.

“I’ve seen his many fights. I’ve seen his fight against Kovalev, Gvozdyk, Eleider Alvarez. He fights through all fights, no problem, except Gvozdyk. But he has never been knocked out. He gives me a good experience. He is a good challenge for me. I will be ready.

The challenger Isaac Chilemba, on the other hand, says that it is exactly the same reason why Bivol picked him as an opponent that he can beat Bivol: his experience.

“I am looking forward to being on HBO. This fight will showcase all that I have done in my career. I am focused on being a champion again” said Chilemba.

This fight figures to be a very good one and yet another measuring stick to see where the WBA light heavyweight champion Dmitry Bivol measures up to others in the division who have faced Chilemba, with only Oleksandr Gvozdyk being able to stop Chilemba inside the distance when he forced him to retire on his stool before the start of the ninth round in November of 2016 due to Chilemba suffering a broken hand. 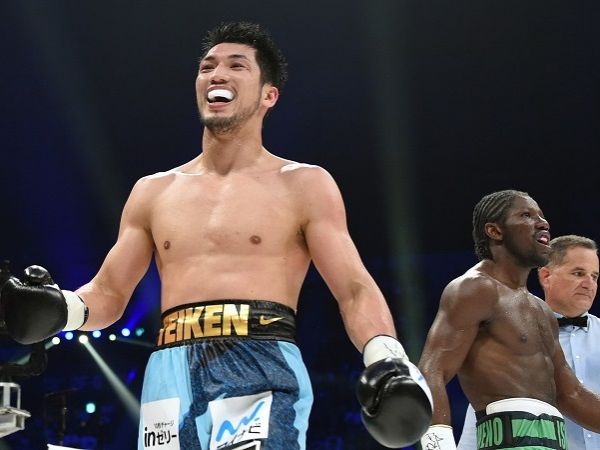