The weigh-in for the WBA title fight undercard bouts for Canelo vs Jacobs that will feature two different World Boxing Association (WBA) Title fights took place at the T-Mobile Arena in Las Vegas in an evening that will be broadcast by DAZN.

Joseph “JoJo” Diaz and Freddy Fonseca will be battling for the World Boxing Association (WBA) Gold Super Featherweight Title. Diaz came in at 129 1/2 lbs, while Fonseca came in at 130 lbs, enabling them to fight for the WBA gold title.

Joseph Diaz is coming into the fight off of a disappointing 2018 campaign where he had two shots at world titles and came up short in both; one due to taking his first loss and the other due to weight issues.

The table is set for the undercards bout in an exciting evening of action that many people across the world are looking forward to, with the fight card featuring three WBA titles at stake. 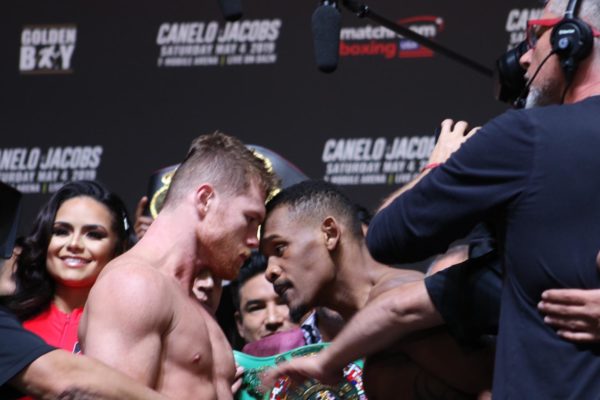