This fight is a historic milestone because it was the first championship fight sanctioned by the World Boxing Association and the first to generate $1 million. Exactly $1,789,238.

It was the first fight ever to which women attended massively, among the almost 90 thousand fans that crowded the Boyle’s Thirty Acres, in Jersey City, New Jersey, the venue chosen by the promoter George “Tex” Rickard, a sort of Bob Arum or Don King at the time. It was also the first fight in history to raise one million dollars, exactly $1,789,238 in tickets from $5 to $50. It is said that Rickard later regretted not selling the tickets at a higher price.

It was also the first fight in history to be broadcasted on national radio (it was heard in several states), and the first time a Frenchman fought for the Heavyweight title.

Finally, and perhaps most importantly, this was the first fight in history sanctioned by the National Boxing Association (NBA), founded in Rhode Island by 13 U.S. commissions as a result of the ecumenical boom reached by the sport. The NBA changed its name in 1962 to the World Boxing Association (WBA), which is now presided by Gilberto Jesús Mendoza.

The fight took place on July 2nd, 1921, 99 years ago, between American William Harrison “Jack” Dempsey, Heavyweight champion since 1919, and Frenchman Georges Carpentier, a World War I hero, charismatic, nicknamed The Orchid Man, whose physical appearance attracted a large number of ladies. Despite the fact that the fight took place in the U.S., the visitor was the favorite due to Dempsey’s rude manners, which made him an anti-hero, the counterpart of his elegant and refined adversary.

The champion won $300,000 and Carpentier $100,000 less, with 25% for each for broadcast rights. The circumstances around the fight are more interesting than the fight itself.

After a first round of study, there came a second round where Dempsey attacked the Frenchman, who contained him with a right hand that shook the champion, the only effective blow from the challenger. Jack Dempsey immediately recovered and seriously impacted the opponent. After a lame third round, the champion appealed to his artillery in the fourth round and with combinations of right and left he knocked down the Frenchman, who got up stunned, and Dempsey finished him off. He knocked him down again, and referee Harry Ertle stopped the slaughter in one minute and 16 seconds.

Dempsey made a stop in 1926 after losing in the rematch with Tunney in the famous “long count” fight, losing the belt a few months earlier. He died in New York in 1983, at the age of 87.

On the other hand, Carpentier, who did 12 more fights with a balance of 4 KO’s in his favor, three decisions -with a defeat by KO against Battling Levinsky for the Light heavyweight belt he still owned-, quit on 9/15/1926. He died in Paris in 1975 at the age of 81.

The second day of the 99th Convention opened with the WBA qualifying committee meeting, along with the promoters and people involved 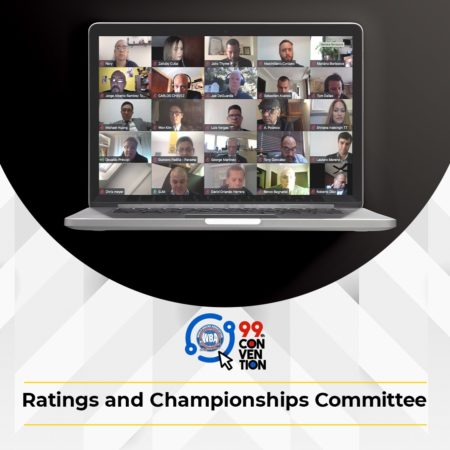