The current WBA Super World Super Featherweight Champion Gervonta Davis will be putting his belt on the line for the first time on February 9th at the StubHub Center in Carson, California, in a highly anticipated fight that will be broadcast by Showtime.

Mares will try to become the fourth Mexican to hold titles in four different divisions next to Jorge Arce, Erik Morales, and Juan Manuel Marquez. He will also seek to become only the tenth Latin to be a four-time champion, an achievement that marked for the very first time by the Panamanian native legend Roberto Duran.

“I wanted this fight, I was the one who challenged Gervonta Davis. I’m preparing very well to win my fifth championship in four different divisions this February 9th on Showtime,” said the Mexican Olympian from 2004 in Athens and former three weight champion.

Gervonta, who won the WBA championship this April 21st against the Argentinian native Jesus Cuellar, will arrive with a perfect record of 20-0 with 19 knockouts at 24 years of age. Meanwhile Mares, 33, will come into the ring with a record of 31-3-1 and 15 knockouts.

“I am very excited to have my first defense in the United States on February 9th. I want to make a mark in this fight and give a spectacular demonstration against a very experienced champion like Abner Mares. I want to show you why I am in the discussions of the best pound for pound and why I am one of the most exciting fighters of today. No one should miss it,” said the new champion of the pioneer organization. 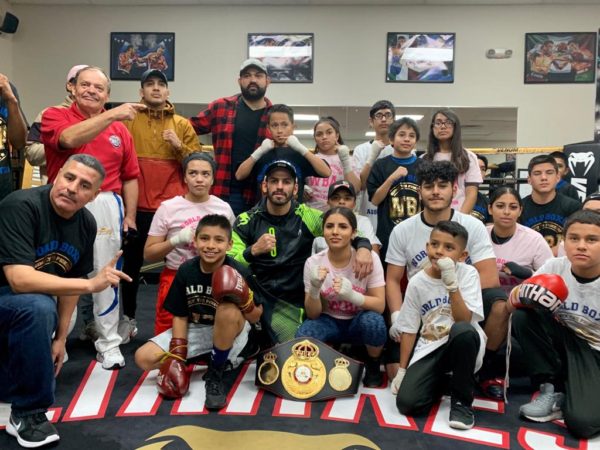