The first Dominican female boxer to be crowned as champion of the World Boxing Association, Dahiana Santana, seeks to recover the normality of a life interrupted by controversial events that deprived her of her freedom in March this year.

A few days ago, the news of Santana Lazil’s release on parole was announced. Two years ago, she was involved in an argument with a neighbor of the apartment complex where she lived in Santo Domingo, Dominican Republic, which resulted in violent incidents against her and she had to defend herself. A complaint from the aggressor of this past event with alleged extortion interests to harm the integrity of Santana Lazil, caused her to have to go through different prison services in the region of Santo Domingo in an inhumane ordeal since March 2020.

The 126 lb. double queen has gone through moments of great pain in a place that threatens to corrupt you during your confinement. However, Santana Lazil has been able to sustain her strength to demonstrate that values within a human being do not bend even in times of injustice, and this is how the boxer took the initiative to offer her knowledge to train the inmates, which earned her respect and hope to move forward: “I didn’t think I was in prison, I adapted quickly, I imposed my leadership by giving practice, we had a time to exercise and that pleased most of them and nobody wanted to hurt me anymore”, Dahiana Santana Lazil told the digital newspaper Listin, in an in-depth interview where she tells about all that ordeal she had to go through.

In addition to the great boxing feats she has achieved, Santana Lazil has also been captain of the field hockey team, she represented the Dominican Republic in the 2003 Pan American Games, she is an international referee and a field hockey instructor. In amateur boxing, since she started at the age of 12, she has had about a hundred fights and by 2015 she also became a boxing promoter to provide support to young people. She has been named athlete of the year on multiple occasions and even the school she attended to as a child has honored her for her career and the physical education classes she taught at the school where she graduated from high school.

The World Boxing Association celebrates the reunion of Dahiana Santana with her daughter and family, who have never ceased to demand justice by letting the first female boxer world champion of the Dominican Republic know that in spite of everything, she was not alone in such a difficult experience.

Lomachenko and Teófimo will fight for greatness and pride 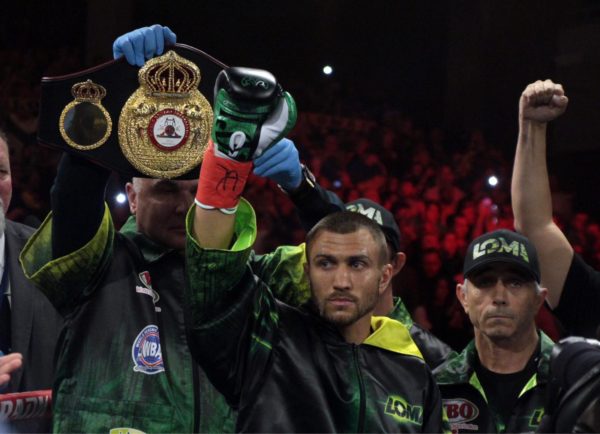