Cuellar, fighting out of the blue corner in red trunks with gold and white trim, and sporting a modified Mohawk and Roberto Duran facial hair, had knocked out his three previous opponents and seemed to be the only one pressing the action. His efforts were highlighted in the 4th when he landed a left hook that dropped Oquendo. Referee Ricky Gonzalez ruled it a knockdown, though the replay revealed that it could have been a slip.

As the fight continued, the game and capable Oquendo seemed to be eating most of the jabs Cuellar threw as well as the occasional right hook. The action continued to heat up in the 8th round when the champion began landing heavy combinations and stunned the Puerto Rican challenger, though he would go on to survive the round.

Cuellar slowed down as the fight was drawing to a close. The reigning and defending 28-year-old champion did just enough to win the championship rounds, while 32-year-old Oquendo continued to look for that one punch that would turn the tide of the fight in his favor.

“We worked very hard in the training camp,” said Cuellar after the fight. “We knew he would be very difficult. I wanted a knockout, but because of the movement it was not possible.” 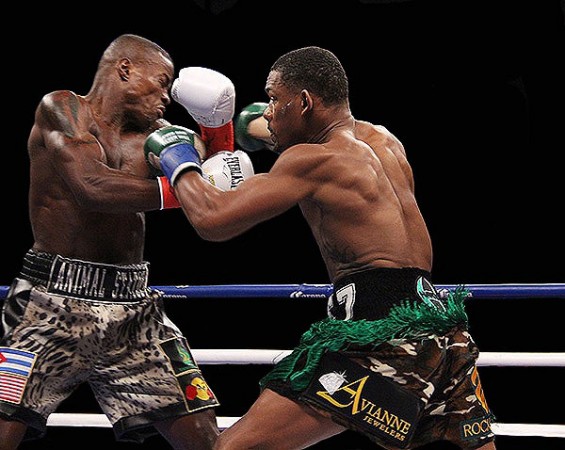