With a right hand World Boxing Association 126 lb champion Jesus Cuellar sent to the canvas the Armenian Vic Darchinyan, who arose after the protection count count to be strongly punished until the referee Tom Taylor declared the end of the bout in the eighth round, in Carson StubHub, Caliornia.

Cuellar, who now has a personal record of 27-1, 21 KO, retained for the fourth time the black and gold belt then, after he defeated Challenger Darchinyan, whose record now is 40-8-1, 29 KO.

Prior to the end, Cuellar and Darchinyan were giving a great show great show for the fans at the Californian venue. Both showed sufficient resources get the victory, although the world champion showed the enough power that shook the challenger in several occasions.

One minute after the eighth round began, while in a clinch, Cuellar released a right hook that landed in the jaw of Darchinyan who fell to the canvas.

Taylor gve the protection count and the fighter agreed to follow. Immediately the champion, sawing his opponent hurt, went forward to the challenger and took him to the ropes with a barrage of punches that forced the referee to stop the actions at the 1.40 minute.

Nicholas Walters travels with his super championship belt to NY 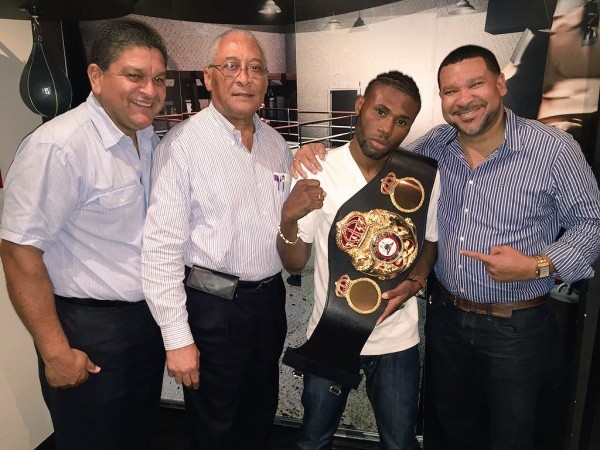