Jesus Cuellar will defend his WBA World featherweight title against Abner Mares over a scheduled 12 rounds at the USC Galen Center in Los Angeles on Saturday, December 10.

The fight was originally slated for June, but was canceled when Mares failed two NYSAC-administered eye exams.

Cuellar, who’ll turn 30 on December 28, is an eight-year pro (28-1, 21 KOs) who won the interim title in August 2013 by beating Claudio Marrero via unanimous decision. Upgraded to “regular” championship status in February 2015, the Argentine southpaw has twice defended his title, first by knocking out Vic Darchinyan in the eighth in June 2015, then by beating Jonathan Oquendo via unanimous decision six months later. “El Jinete” has only lost once, stopped by Oscar Escandon via seventh-round TKO in October 2011.

Mares, who’ll turn 31 on November 28, is an 11-year ring vet (29-2-1, 15 KOs) and former three-division world champ, winning the IBF World bantamweight title in August 2011 (vacated in February 2012) by beating Joseph Agbeko via majority decision, the vacant WBC World super bantamweight title in April 2012 (vacated in January 2013) by beating Eric Morel via unanimous decision, and the WBC World featherweight title in May 2013 by stopping Daniel Ponce De Leon via ninth-round TKO. A Mexican who fights out of Montebello, California, Mares last entered the ring in August 2015, losing in his quest for the vacant WBA Super World featherweight title to Leo Santa Cruz, who won by majority decision. His other loss came in August 2013, Jhonny Gonzalez winning by first-round KO, thus scoring the WBC World featherweight title. His sole draw came against Yonnhy Perez in May 2010, in what was Mares’ first crack at the IBF. Sixth-ranked by the WBA, Mares last won in March 2015, beating Arturo Santos Reyes by unanimous decision.

“I’m excited because I’m facing a top-level fighter, a hard-punching fighter,” says Mares. “I’m ready to feel his power, his willingness to come and fight, and show you guys what I’ve been learning with Robert Garcia as a new coach. So, with that being said, I just feel great. Fighting a top level fighter always brings the best out of me.”

The fight will air live on Showtime. 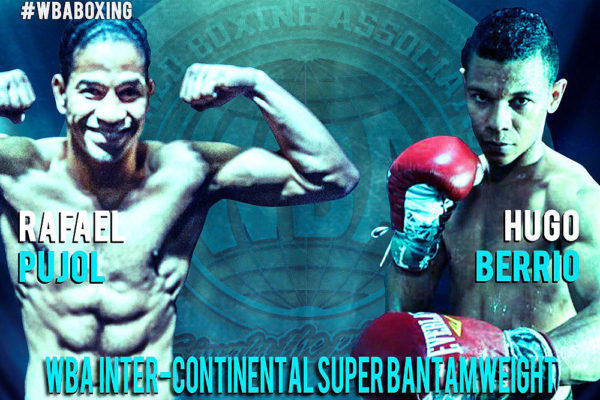